FEATURED
What is the cheapest and best Dell laptop?
How to use split screen on laptop
The 5 Best 27 Inch Gaming Monitors
Best Dell laptops for office work
Why are Dell Latitude laptops so expensive?
Top 3 Gaming Laptops for Civilization 6 in...
Blue screen error on Laptop? Here’s how to...
Are HP Monitors best for office use?
Top 3 Lenovo Business laptops in 2022
Why hp laptops are expensive
Home Tech News Microsoft Office Finally Arrives on Chromebooks
Tech NewsTechnology

Exciting news for Chromebook users: Your frustration of not able to use Microsoft Office is finally coming to an end! All Chromebooks can now run the widely used Microsoft Office applications, including Excel, PowerPoint and Word.

It’s been a year since Microsoft started to work on bringing its Office suite to Google Chromebooks. The time it took was understandable especially when the two companies are competitors when it comes to office productivity software. Now the wait is finally over. For the very first time, Microsoft Office is accessible to Chromebook users via the Google Play Store as a general release.

The Microsoft Office suite has been available for a while on a small number of Chromebooks, for instance, the Pixelbook, yet this time users of all Chromebooks can get their hands on the Microsoft package. This new Android application tailored for the Google laptops is basically the same as the existing Microsoft office app except that it has been optimised to be used on Chromebooks’ larger displays. Chromebook owners will be able to enjoy the exact features of the app’s mobile version with more ease. 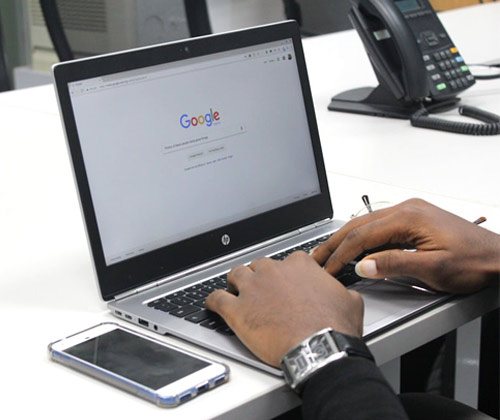 Despite the excitement brought by Microsoft Office’s grand arrival, there are a few limitations to be paid attention to. To start with, the free version of Microsoft Office is only available on Chromebooks with screens no larger than 10.1 inches like the ASUS Chromebook Flip C100PA. Anything larger than that will require an Office 365 subscription in order to get the applications running on your device.

Also, the ability to run the Office Android app on older Chromebook models is still restricted, as Google Play is mainly supported by the latest Chromebooks.

Due to the above limitations, there will be no surprise if Google’s G Suite remains as the favourite for Chromebook owners. Perhaps this explains why Microsoft has not made much noise about the release of their most popular applications on Chromebooks – no formal announcement regarding the arrival has been made, and they have not provided any comment on the news of the release of the app. Nevertheless, it does offer another option for the users as well as businesses using Microsoft’s software. After all, Microsoft Office does have a secure fan base thanks to its rich features.

The arrival of Microsoft Office on Chromebooks is anyhow remarkable as it is a big move for Microsoft that marks its recognition of Google’s lightweight laptops as an increasingly popular platform. Stay up to date with more tech news at www.laptopoutletblog.co.uk.

Some of the best Tips for Traveling with...

How to use split screen on laptop