FEATURED
Blue screen error on Laptop? Here’s how to...
Are HP Monitors best for office use?
Top 3 Lenovo Business laptops in 2022
Why hp laptops are expensive
Best Amd gaming laptops for 2022
Oppo Smartphones – Faster and Smoother
Best Mice for Chromebooks
Best Chromebooks for Drawing and Artist
Best ASUS Gaming Laptops
HP vs Lenovo vs Dynabook: which Brand is...
Home Tech NewsTechnology CricTech: Technology being used in the Investec Ashes 2015
Technology

CricTech: Technology being used in the Investec Ashes 2015

This year England will be competing Australia. The Ashes series stand on top of the sports calendar and cricket lovers will be enjoying a couple of months of sun and beer worshipping their favourite cricket idols. To ensure fair results and every bit of the game being shown to the people at the venue as well as sitting at home, little use of technology will fulfill the need. From the items listed below you will see how technology will be assisting from field to the third umpire’s decision making. 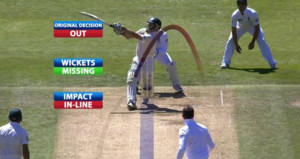 There is a lot of stuff going on in the field and keeping eye on every single move is next to impossible. To tackle with the controversial decisions of umpires in the field a technology system called DRS ( Decision Review System) is made that consists of different technology components which seek to measure the speed of the ball by keeping an eye on where it hit the bat and how the batsman was seeing it. DRS helps the third umpire sitting outside the field to make a reviewed decision which is then taken as the final decision. 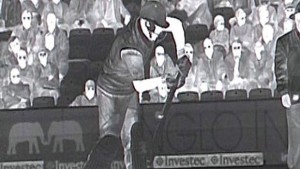 Hot spot decides whether batsman is dismissed, caught or not appealing for LBW. Hotspot does it’s job with two infra-red cameras positioned at either side of the ground. The cameras sense the heat from friction that is produced by the collision of the ball either with bat or pad, ground or even with the glove of the batsman. It is helpful in deciding where the ball hit the bat and analyses the strokes played by the batsman. 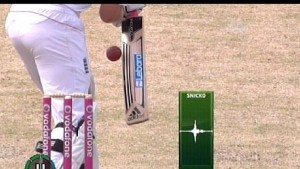 Snicko-meter is like an insurance policy of Hotspot. It also helps in making the same decision and is analysed by the third umpire. Snicko picks up audio from the stump mic that is installed quite close to the batsman. The sound that is picked is the sound of the bat and ball collision or sometimes contact of the ball with gloves and pads. Snicko picks the sound so accurately that you even hear cricketers babbling slangs in their mouth.

Stump cameras take honour in providing unforgettable footage of actions from the field and are considered vital in every major leagues and cricket series like World Cup and The Ashes series. Stump cameras provide clear angle and lookout that comes in handy in decision making through replays and analysis. From it’s name anyone can guess that they are located inside one of the stumps that works as the eye of the batsman and sees every action as the batsman is seeing .HD stump systems are used in judging run-outs, catching positions and dismissals for stumping. 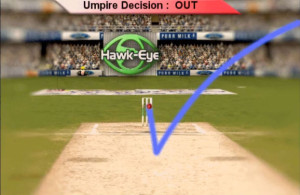 Hawk eye is a complete computer system that consist of six or more computer-linked television cameras located around the field. It traces the trajectory of the ball. All six cameras view the action at the same time, their views are then combined that form an accurate 3D representation of the motion of the ball. It works for the broadcasters in showcasing many other features in a game including blower’s speed, spin, line and swing. It is also helpful for third umpire in making decisions about LBW. 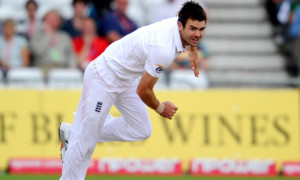 Discover the 5 Latest WhatsApp Features of 2015

Can an Advanced Smart TV Replace a PC?