With everyone from Sony to Samsung launching exciting new products this year, the MWC was one to watch. If you didn’t get a chance to see the goings on this year, we have you covered as we take a look at the highlights from MWC 2017.

There was a key focus on making retro handsets cool again this year, with Nokia and Blackberry making comebacks. Most significantly we saw the relaunch of the iconic 3310 by Nokia as mentioned in our previous post on MWC 2017. The revamped version is set to be a popular choice among old fans even 17 years after the original’s launch.

However, we are yet to see if it comes anywhere close to the popularity of the older version which sold a staggering 126 million units! However, the launch of the 3310 was without a doubt one of the key highlights from MWC 2017.

We also saw the return of BlackBerry this year and the reappearance of the physical QWERTY keyboard which many of us will be excited to hear. BlackBerry also confirmed the price of their new device, the KEYone, £499 which is reasonable enough.

It has a 4.5” full HD display as well as a fingerprint reader; they also introduced the BlackBerry Hub which allows you to have your entire library of social media messages from different apps all on one platform. 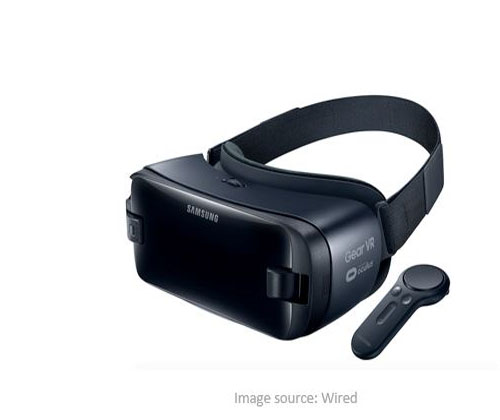 Highlights from MWC 2017 The missing phone from Samsung was much talked about. With them failing to unveil a phone this year, this most definitely did not go unnoticed and disappointed many fans. Although the next Galaxy S smartphone was teased we did not get to see a phone.

Apple independently unveils their own products and does not launch products at MWC and so with Samsung being their biggest competitor it felt somewhat absurd for them to miss out on such an opportunity and left many bewildered.

That coupled with protests from Greenpeace concerning the Galaxy Note 7 it didn’t seem to be a great year for the company as this overshadowed their other unveilings. Nevertheless, the launch of their Gear VR Headsets provided a distraction.

One of the major announcements this year was the talks on 5G. Intel focused on what the future of 5G would look like and Ericsson got everyone excited with talk of network developments from 4G to 5G.

Although none of this has actually come into existence yet, the idea of 5G and the future of mobile networks and everything 5G related created a whole lot of buzz and was without a doubt one of the highlights from MWC 2017. The introduction of 5G is certainly exciting stuff in terms of what it means for the future for things like faster broadband for homes and increased convenience for us all however, the launch time of 5G is actually set for somewhere around 2020 rather than now, so we have a few more years before 5G comes into play.

Are you looking forward to the introduction of 5G? What did you think of the highlights from MWC 2017 this year? Comment below and let us know.