A lot of buzz had been going around about Google’s upcoming Nexus phones. Well, finally they have made the big reveal and unveiled their latest launch, the Nexus 5X and the Nexus 6P.

The launch was made on Tuesday, September 29th. This is Google’s latest attempt to grab a small chunk from Apple’s quite dominant share in the market of smartphones and technology.

Recently, Apple Inc. has reported a recorded sale of its latest iPhones on the very first weekend after its launch. These Nexus phones by Google were launched just a day after the report of this record sale.

Not only did Google unveil its latest launch but also the storage capacity and price of the new gadgets. The Nexus 5X with a storage capacity of 16 GB will cost $379 and the Nexus 6P is priced $499 with a 32 GB space. Google told the press all this information at an event that was being streamed live on YouTube. 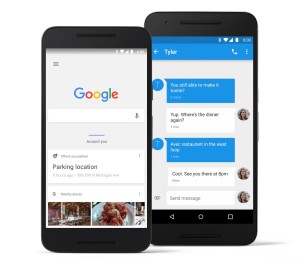 On the other hand, the latest launches by Apple Inc. are priced far lower than the Nexus Phones. Apple’s 6s price starts from $199 and 6s Plus begins from $299 respectively. Apple is also offering a service provider contract for two years.

The Apple devices are quite popular in the international market and sell like hot cake unlike a Nexus device. People would easily go for an iPhone or an iPad over any other gadget. Having said that, Nexus is trying to showcase to the tech giants in the market all the advancements made by the company in mobile software and hardware with these latest developments.

Along with the phones, Google has also unveiled a tabloid entirely built by the company. This tablet is based on the Android Operating System.

Earlier there were rumors that Google has been in contact with Huawie for creating its larger sized phones whereas LG will continue with the smaller ones. Well, the speculations turned out to be true. The Nexus 5X has been built by LG Electronic Inc., a South Korean Company and the Nexus 6P phone has been created by Huawie Technologies Co LTD, a Chinese Company.

The tablet, the Pixel C, ranges up to $499 for the model with 32 GB capacity. The tablet can also be bought with a detachable keyboard which will cost an extra $149.

An Insight Into Honor 7 – Big Specs For A Small Amount