FEATURED
Blue screen error on Laptop? Here’s how to...
Are HP Monitors best for office use?
Top 3 Lenovo Business laptops in 2022
Why hp laptops are expensive
Best Amd gaming laptops for 2022
Oppo Smartphones – Faster and Smoother
Best Mice for Chromebooks
Best Chromebooks for Drawing and Artist
Best ASUS Gaming Laptops
HP vs Lenovo vs Dynabook: which Brand is...
Home Gaming The Evolution of Mario – Through The Years
Gaming

Did you know today is Mario day because the date, Mar10 spells his name?! If you’re a 90’s or 80’s baby you can appreciate the global icon that is Mario and can certainly understand why there is a whole day dedicated to the gaming legend. You don’t need to be a gamer to recognise him but most of us will remember growing up playing the famous game and navigating through all levels whilst meeting his equally famous friends like Bowser, Peach or his brother Luigi.

Whether you grew up playing the original Super Mario Bros. in 1985, or the more recent Super Mario 64 it’s sure to give you some sort of nostalgia. To mark the occasion of Mario Day we’ll be taking a look at the evolution of our favourite plumber and video game legend! 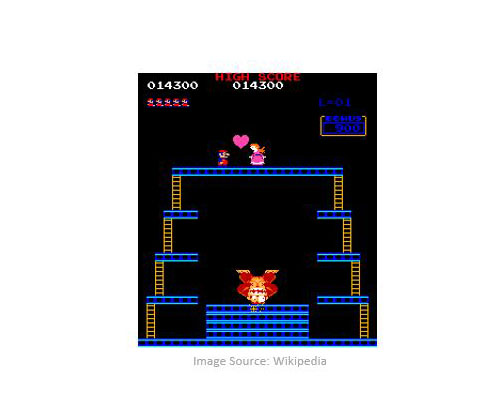 Mario has been the best-selling game for nearly 30 years, however he actually started off as ‘jump man’ in the Donkey Kong arcade game. In the final level he is reunited with Peach (who was initially called ‘Lady’ and ‘Pauline’) Mario’s famous lover. His name actually came a little later and he was named after a Nintendo worker who was Italian hence Mario’s now, Italian accent! 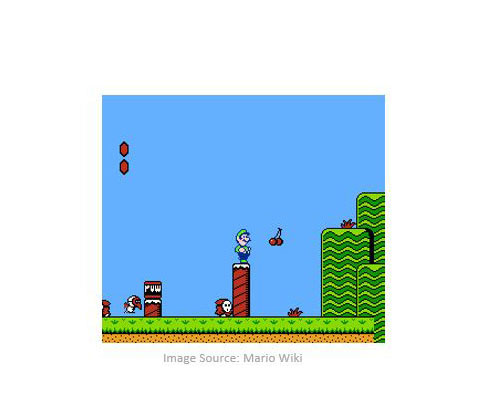 Mario got an upgrade as well as the addition of other characters and friends for him in 1988, with toadstool (Peach’s name in this version), Toad and Luigi joining him to defeat the villain Wart and save the Subcon species. This version of the game was actually based on a Japanese game called ‘Doki Doki Panic’ and was just modified, although the game had many similarities with the first Super Mario Bros, this version saw Mario take on a different form with a changed look which is why it’s a major moment in the evolution of Mario. 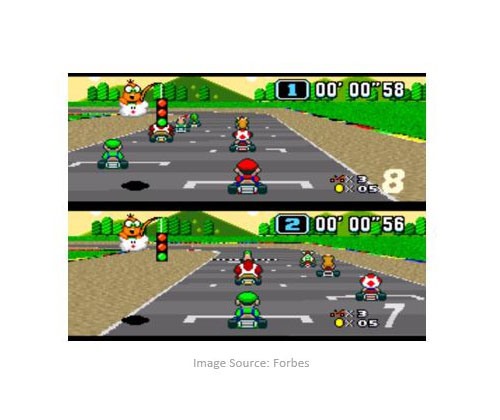 Another defining moment for Mario was in 1992 where he took on yet another form and players now had to navigate around a race circuit. The evolution of Mario also meant leaps and advancements in gameplay with the added choice of playing with new characters for players, based on the strengths and weaknesses of each character.

The major change from previous versions proved very popular with some of us still preferring the original Super Mario Kart even now. 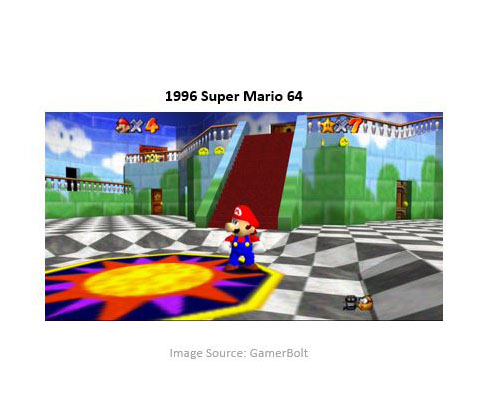 The next important jump in the evolution of Mario was seen in 1996 where he finally became a 3D character and moved away from his underwhelming 2D shape. He looked better and game play was much better too with a wide range of added capabilities for the Italian hero, such as swimming and crawling!

In this version the mission was to rescue princess peach from the clutches of Bowser who captures her in her home, it is considered a real gem even to this day largely due to the much awaited change from 2D to 3D. 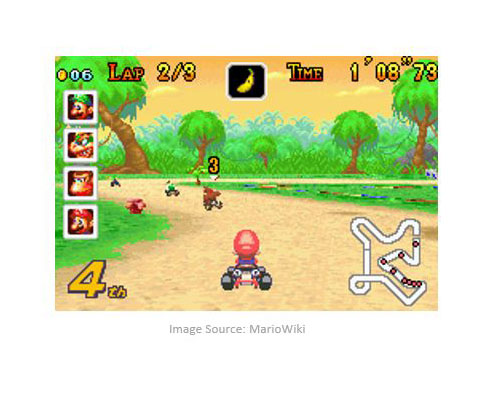 The first opportunity for Mario to be played on a handheld device, Mario Kart Super Circuit was made for the Gameboy Advance, although he didn’t look better graphically, it was a significant moment for Mario and became the 4th bestselling game for the Gameboy. The much loved game was even re-released in 2011 for the Nintendo 3DS because of this popularity.

Finally, the most recent chapter in the evolution of Mario’s so far, is in his latest form for Super Mario Odyssey designed for the newly released Nintendo Switch. The graphics of Mario in the game and the game itself are ground-breaking, ‘Odyssey’, as the name suggests, sees Mario venturing out and exploring worlds outside of the mushroom kingdom which is an exciting add on for any Mario fan.

The change that our favourite video game protagonist has gone through over the years is amazing and we are yet to see just how much Mario and the legacy of the game evolves in another 30 years or so.

We hope you enjoyed our trip down ‘Mario memory lane’ and that we made you remember the good old days of your childhood! Let us know in the comments below and be sure to take some time out today to play some Mario games!

Some Great Console Games You Wish To Have...

What is the best cheapest gaming laptop to...