FEATURED
Chromebook VS Laptop: Which One Should You Get?
Huawei P30 Pro Review: The Best Huawei Phone...
Our January Sale is LIVE: Bag the best...
Best Mobile Phones under £200
CES 2020: What to Expect At the Biggest...
Top Technology Trends to Expect in 2020
The Best Ultrabooks To Buy In 2020
Christmas Desktop PC Deals in the UK that...
Get These Amazing Christmas Laptops Deals Right Now!
Best Christmas Smartphone Deals 2019
Home Tags Posts tagged with "Latest Android OS"
Tag:

Google has launched a new 6.0 Marshmallow version of its Android OS. This version is up and available for those having the devices from “just-announced” Huawei Nexus 6P or LG Nexus 5X ship and some others like HTC Nexus 9, Asus Nexus 7 (2013), Motorola Nexus 6, LG Nexus 5 and the Google Nexus Player. The others may receive this update by mid of November and onwards, depending upon the Android device they have. 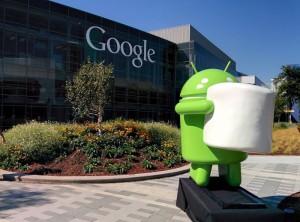 Google has promised the new update will feature a lot of improvements allowing users to have more control on their devices. The Marshmallow update will also enhance the performance of the gadgets, as stated by Google. Moreover, the company promises newer and better ways for users to interact with their smartphones.

Features To Look Forward To

Another great feature added by Android is seamless backup option with the Automatic Backup and Restore. This was missing in all previous launches by Android but now they have looked into the matter and have provided users with this feature among the many others discussed.