Samsung Galaxy S6 is evidently the best version in their range of smartphones with our prices starting from only £349.99 (RRP £ 479). It is also the best smartphone in the market in many ways. Featuring a new and unique exterior design, and an even more improved camera quality, producing the beautifully vibrant and saturated images which Samsung is already known for. The Samsung Galaxy S6 incorporates all the winning features of Samsung phones as well as improvements; it has the fastest multi-tasking menu compared to any other phone!

Let’s delve into what makes the Samsung Galaxy S6 the best smartphone yet:

Display/Screen: The Samsung Galaxy S6 features a new and innovative exterior design –incorporating the best aspects of each smartphone exterior on the market. 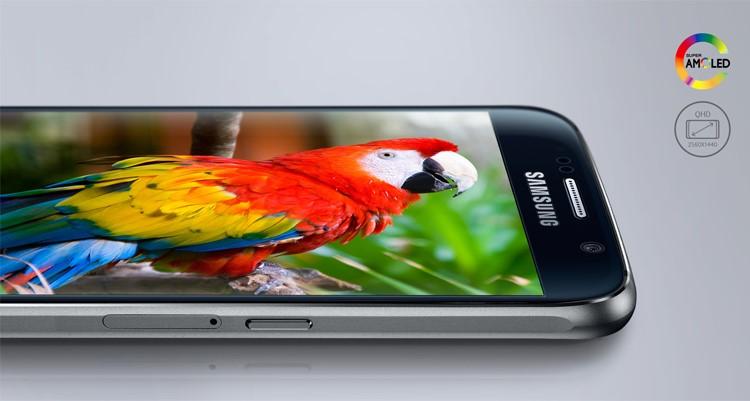 The smartphone is easy to hold with curved glass –an improved version of the Samsung Note 4. The metal sides and glass back and front (specifically made with Gorilla Glass 4) are visually pleasing, with a bottom, including the charger port, which is almost identical to the iPhone 6.

The Samsung Galaxy S6 has much better build quality than previous smartphones in the Galaxy range; however the thinner structure has compromised the external battery and micro SD card slot which existed previously. This is a minor disadvantage as storage options vary from 32 and 64GB.

The Samsung Galaxy S6 camera features a very impressive 16 megapixel sensor, 4k video and LED flash, making it the best camera in any Android smartphone. It is amongst the best cameras available in any smartphone, alongside the iPhone 6+. 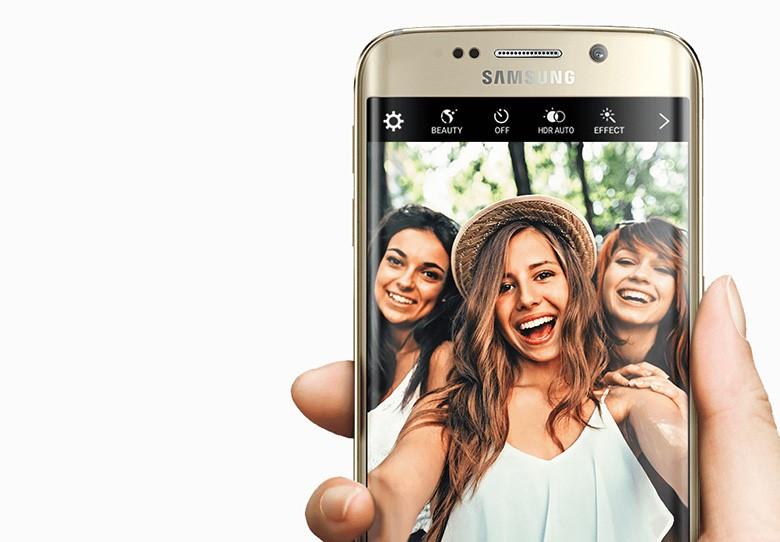 The Samsung Galaxy S6 retains the TouchWiz custom user interface which is seen in all Samsung smartphones, however new features have been added. The option of customizing settings, the drop-down notification bar and keyboard is available, as well as the inclusion of Microsoft apps (OneNote, OneDrive and Skype) which are already installed. The drop-down notification bar also includes an option to change the brightness, which was not included in the Samsung Galaxy S5 software. Application security and storage maintenance is also provided in the Samsung Galaxy S6, in the form of phone management applications.

The Samsung Galaxy S6 is available in:

Samsung has created yet another beauty, the new ATIV Book 9. Weighing just 3.06 pounds, this notebook comes with a 13.3-inch display with a resolution of 3200 x 1800 featuring touch-screen. Along with powerful Core M processor and supported by Windows, it is definitely something to look out for. Let’s see if it is worth more praise. Moreover, it is has a 5th generation Intel® Core™ i7 processor combined with 8GB memory, it is perfect for everyone. 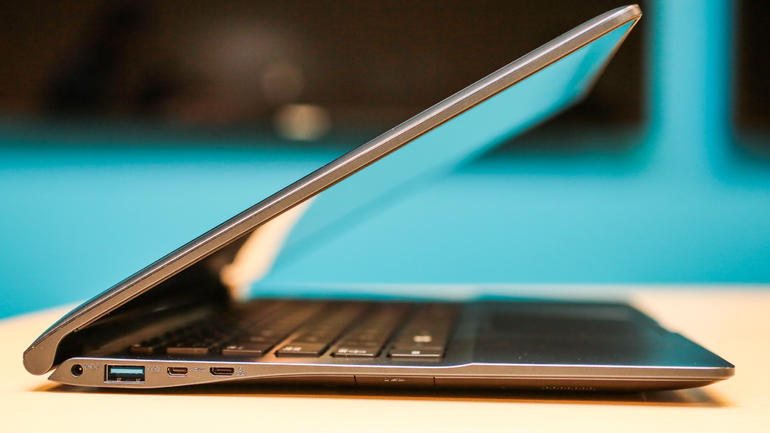 The Samsung Ativ Book 9 has a very elegant and eye catching design. It comes with an aluminum alloy chassis and mid-night blue finish giving it a graceful look, and this feature definitely stands out at the first glance.Coming to the display, it features 13.3-inch screen with 3200 x 1800 touch-screen and backlit keyboard. This whole look of the notebook is just almost perfect. A drawback that we came across was that the display’s bezel is double the thickness of the other side not giving a good view of the screen. Weighing 3.06 pounds, it is slightly heavier than its rivals namely Dell XPS 13 and HP Elitebool Folio.

The ATIV Book 9 comes with expensive and trendy ergonomic keyboard. The keys are finely spaced out enabling the user to type easily without making any typos and also resulting in increased typing speed. Additionally, the keyboard also features the backlighting, and you can also control the brightness levels providing additional convenience for the users.

Featuring smooth matte-surface, the ATIV Book’s one-piece touch pad is perfect for two-finger gesture. Scrolling and navigation is made easy creating no confusion in left or right clicks.

Speaking of the performance, the Samsung Ativ Book 9 is powered by the latest Intel Core M-5Y10c processor, the Samsung ATIV Book 9 ran smoothly and efficiently. Coming with 4GB RAM and 128GB of storage it is all ready to deliver a full packed performance. The overall test scores revealed good results. However, the Geekbech 3 test conducted revealed the average performance by the ATIV Book 9 scoring 4,603 which was weaker than what its rivals scored.

The OpenOffice test showed satisfactory results as the notebook was able to match 20,000 names with their corresponding addresses completing the task in just 5 minutes and 42 seconds which was faster than its rival machines such as Asus ZenBook and Dell XPS 13.  Overall, the notebook performed well but not as well as it was expected to. 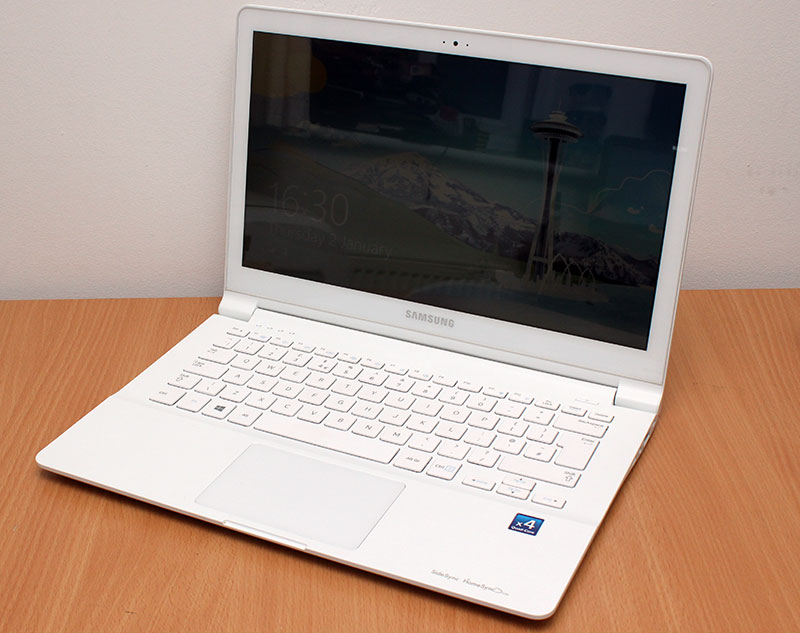 If you long for a laptop which comes in a sleek and slim design with amazing features, Samsung AtivBook 9 is something you should keep in mind. It wouldn’t be wrong to call it a good alternative for MacBook which if offered at a much cheaper price than MacBook. Both the Notebooks win at being better with different features. Where MacBook is good at providing a longer battery life and greater usability, Samsung triumphs at offering more ports. Commenting on its overall look and feel, Samsung Ativ Book is amazingly designed with great features that would definitely leave a good long lasting impression on its users.

The Korean giant has recently launched its new flagship phone Samsung Galaxy S6. With so many people anxiously waiting for this phone, it would not be a surprise if this phone get record-breaking success. After the launch of Apple iPhone 6, people were curious to know what Samsung will offer them in Galaxy S6. So here we are giving you a detailed review of Galaxy S6 so you can make up your mind whether you want to buy it or not.

With metal chassis, and glass covering the front and back, it can be called the prettiest phone Samsung ever made. Its smooth finish will give you a pleasant touch whenever you hold it. With the choice of charcoal, blue, white and gold colours you can get one which best suits your style. Samsung claimed that it has “jewel like finishes” and it is completely true, in fact it is even better than that. High quality glass and stylish metal body gives it a classy and elegant look.
With a thin bezel its 5.1in, QHD Super AMOLED screen looks even more attractive. Even though Samsung has added glass and metal, but still it is lighter than S5. Despite being light and thin it is solid and more durable. MicroUSB, headphone socket and power-boosted speaker is positioned in the bottom edge, whereas sound and power button are on the sides.

Samsung S6’s front camera will definitely please those who love taking selfies. With 5mp camera at front and 16mp camera at back, you can really take professional quality pictures with your S6. The cameras are made easier to use with features like text identifiers. So no need to carry any digital cameras along when you have your S6.

Samsung Galaxy S6 gives you this stylish and classy body at the price of removable battery. To bring more elegance in their design and built Samsung has sacrificed its removable battery. By removing the option of replaceable and extendable battery it does not mean Samsung has offered us exceptionally good battery in S6. In fact it comes with 2550mAh battery whereas its predecessor S5 featured 2600mAh, so no progress in battery. But S6 comes with a built in wireless charger which is compatible with variety of wireless charging points and an optional Samsung charger.

Samsung S6 features a 5.1in, QHD Super AMOLED display, which means you’ll be able to enjoy high quality media on it. Samsung has omitted the option of SD card in this phone but with a spacious storage of 32/64/128GB you may not need any external storage. Plus a 3GB LPDDR4 RAM is also there to give you a smooth experience.

How to Take Most Out Of Your Samsung Smartphone

A lot of people who don’t like Apple phones due to its iOS and other features, end up buying an android smartphone. From vast variety available in android phones, the most preferred brand is Samsung. From features to design to price, Samsung is best in everything, no wonder masses are crazily attracted towards its smartphones.
Most of the Samsung smartphone users especially those who are using recent models like S4/5 or Galaxy Note3/4 may be missing out on enjoying a load of benefits that make your life more fun. There are some exclusive apps which can play a major role in simplifying your life. Have a look at them:

This amazing app is like a reward for loyal Samsung customers. By installing Samsung Galaxy Life you get exclusive offers, promotions and deals on multiple outlets. Apart from discount vouchers you also get free giveaways which can be claimed inside the app. It also sends you alerts when there is an offer at an outlet near your location. Whether you like it or not, your wallet will definitely love this app.

Transferring data from your smartphone to PC or tablet is not a problem anymore, thanks to Samsung Link. It saves all your videos, pictures and other documents in a Samsung account which can be accessed from any device and anywhere. Apart from PC and tabs, it will also works on Samsung TV. This app is also capable of backing up your content on Cloud. So anything that is saved on your device can now accessed on other devices as well.

This app will surely make sports lovers go crazy. You don’t have to visit multiple sites to get latest updates on your sports anymore, with Samsung SportsFlow you can access information on all sports from one place. It includes results and news of all the popular sports like football, golf, motor sports, etc. It also supports media content so you get a chance to see video of special moments in a match. To add more fun, it comes with a Predict & Win tab where you can guess the results and if your guess is correct you get prizes like tickets or Samsung devices.

Letting your kid use your smartphone so you can enjoy some moments of peace has become a part of daily routine for many. Before handing your phone to your kid it is better to turn it to kid’s mode. It comes with more than 80 educational apps which help your kid read and learn in a fun way. Coming with a timer it restricts the usage of a particular app for certain time. You can also adjust its setting so your child can not access those apps which you don’t want him to. Popular cartoon characters help your child learn new things and also strengthen your child’s reading and writing skills.