FEATURED
Top 3 Gaming Laptops for Civilization 6 in...
Blue screen error on Laptop? Here’s how to...
Are HP Monitors best for office use?
Top 3 Lenovo Business laptops in 2022
Why hp laptops are expensive
Best Amd gaming laptops for 2022
Oppo Smartphones – Faster and Smoother
Best Mice for Chromebooks
Best Chromebooks for Drawing and Artist
Best ASUS Gaming Laptops
Home Tech NewsTechnology What is 5G? Everything you need to know
Technology

You probably remember the time when 4G was launched and what a big deal it was. This was because of the way in which it was to revolutionise the way we used our mobiles and let us gain access to much faster speeds when using our mobile network.

With the demand for faster network connectivity constantly increasing, it is now time for the world to make way for 5G. So read on for our guide to 5G in the UK.

In short, it is the fifth generation of mobile network, after 3G and of course 4G. It is creating a lot of buzz and excitement as it could be the last step in terms of evolution for mobile networks. It will transform the way we use the internet on our phones and greatly improve the speeds at which we download, upload or even browse, on the go.

Earlier this year, we learnt a little more about 5G technology, at MWC 2017 (if you missed it feel free to check out the highlights on our blog post here). Understandably, the possibility of being able to download an entire movie, in HD, within seconds has everyone very excited.

And 5G won’t just be slightly faster than 4G, but will be significantly faster! The leap from 3G speeds to 4G speeds was not as monumental as the increase 5G will give us, it is reported that we could go from 100 Mbps to 10Gbps, and the possibilities don’t stop there as 5G doesn’t just mean faster connectivity, it also means a more reliable mobile network.

This opens up a world of possibilities when it comes to things beyond our smartphones and tablets. It also means we could get a real glimpse into the future of the technology for smart homes, the internet of things, and even self-driving cars.

5G does not actually exist as of yet as far as we know and this is because certain challenges need to be overcome before we can all use it. The main challenges include the technical side of things, as the introduction of 5G will include a complete re-haul of the current systems in the UK and the world.

A new spectrum would need to be created in order to make 5G possible, and this is because the radio frequencies currently used for 3G and 4G technologies are overcrowded and therefore it is not as simple as just adding 5G on. 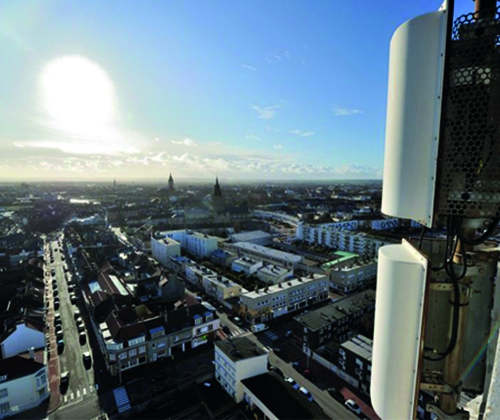 New mobile phone masts and ranges are just part of the obstacles and this means that both on a global and national scale, there are challenges to work through in order to get 5G good enough to roll out to the general public.

Who will bring 5G to the UK?

You can’t have a guide to 5G in the UK without knowing who will give us access to this ground breaking technology. Currently, we know O2 is working towards bringing 5G to the UK and particularly London, as they have invested £80m to improve connectivity in the capital to begin with, which would later contribute to the future of 5G too.

In addition to this, Apple are working towards testing 5G and bringing it to the world via its own devices. As one of the biggest tech manufacturers in the world, they want to ensure that their devices are able to support 5G technology and of course want to be one of the first involved.

With the iPhone 8 rumoured to be released later this year and it being the 10th anniversary phone, it is needless to say that they would want it to be as big as possible so we are yet to see whether it will be 5G compatible.

When will the UK get 5G?

A rollout is estimated for 2020, but as the details are not as clear cut, it is hard to know or determine an exact date. Some reports also suggest we could be using 5G a little sooner, around 2019 which gives everyone a couple of years to test and perfect 5G!

With 5G technology, a two hour HD movie could be downloaded within 3 seconds compared to the 6 minutes it would take for 4G, which is why everyone is so keen to get their hands on this technology as soon as possible. We hope you enjoyed reading our guide to 5G in the UK and let us know if you feel a little better informed on 5G!

How to take a screenshot on a laptop...

Best ways to Cool Down your Computer when...

CricTech: Technology being used in the Investec Ashes...

Intel vs AMD: Which is the Best CPU/Processor?