Samsung and Microsoft Expand Partnership And We’re All For it

In the world of technology bustling with innumerable and sometimes expendable additions, Samsung and Microsoft partnership is something we can all get behind.

In addition to the most anticipated and momentous unveiling of Samsung Galaxy Note 10, Samsung Unpacked 2019 event in Brooklyn witnessed several surprises. Having teamed up in the past as well, Samsung and Microsoft have yet again announced an expanded partnership that promises to provide professionals the best services and solutions by integrating both of the companies’ hardware and software.

This reunion between the two tech giants resulted in the introduction of Samsung’s flagship smartphones power-packed and pre-installed with the latest versions of Microsoft apps including OneDrive, OneNote, Word, Excel, PowerPoint and Skype, coupled with DeX functionality. This partnership also promises pre-installation of “Your Phone” application that interfaces phones with Windows 10.

The highlight of the event was showcasing of Samsung Galaxy Note 10, the latest in our favorite phablet line. Let’s take a look at what’s new in detail and what the partnership between the two means: 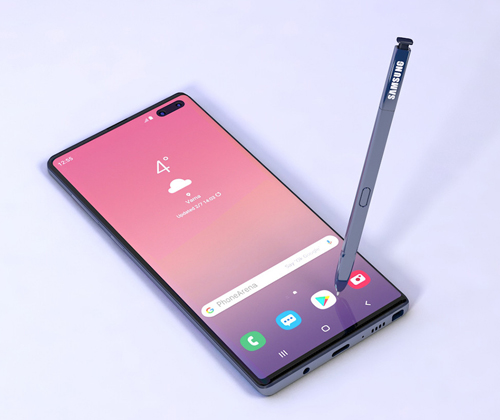 The newly announced flagship Galaxy Note 10 is absolutely top of the line with its 6.1 inch infinity display with an edge to edge look. This ultra-slim and elegant design boasts a dynamic AMOLED display with a 2280×1080 resolution, 8GB RAM, 256 GB internal storage and 3500 mAh battery. 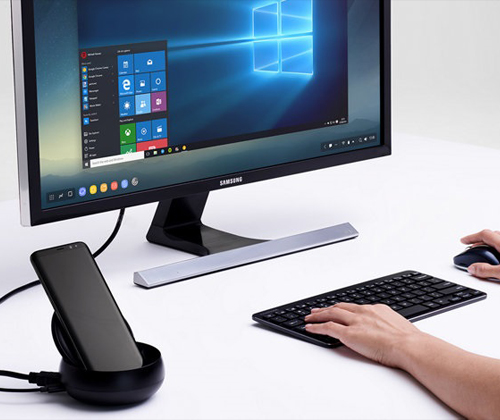 Samsung DeX is a desktop-like interface that enables the users to get a full-fledged desktop experience with their Galaxy devices. Previously, phones needed to be plugged into a monitor to access the desktop OS but the latest version now allows you to transfer files between devices and use the same apps you use on your phone by plugging Galaxy Note 10 into a Windows 10 or a Mac computer via a USB connection. 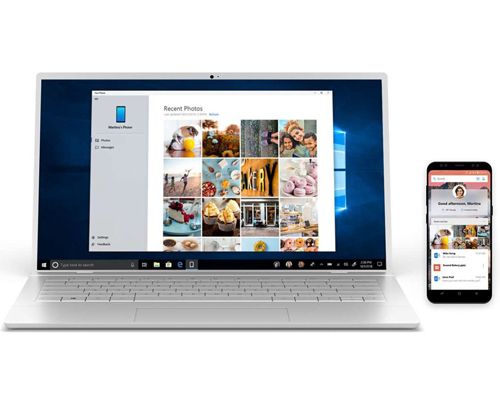 Another major improvement is “Your Phone” linking Note 10 to Windows 10 that enables users to sync photos, send messages, manage notifications and scroll through apps while being on their PC. On top of that, this feature is updated to allow Window users to also make and receive phone calls on their laptop. 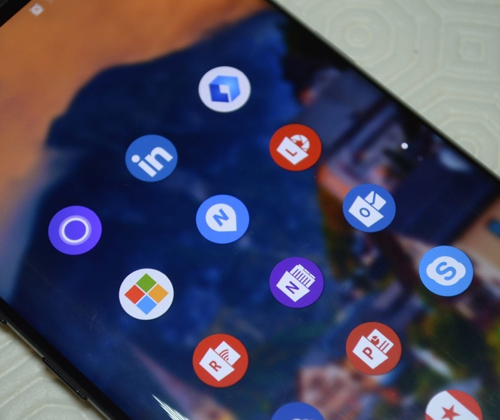 Always keeping its users excited, Samsung has taken its smartphone experience up a notch with all the latest Microsoft apps optimised and integrated with the phones, and an update readily configured for the S-pen that will allow the users to interact with emails, contacts and calendars by merely hovering above the screen. The Microsoft apps as mentioned earlier will include Word, Excel, PowerPoint and Outlook. By the end of 2019, a new feature will also be introduced allowing the two-way sync of Outlook calendar and Samsung calendar making life easier for the professionals. 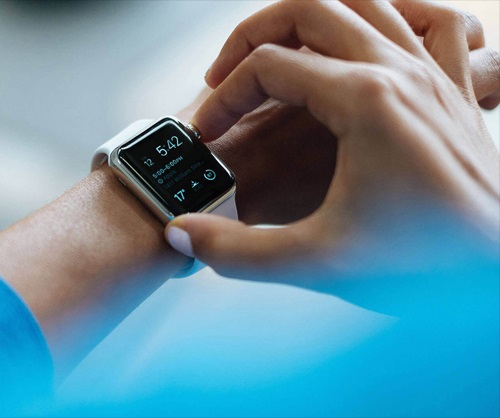 Samsung and Microsoft’s alliance guarantees the birth of innovative digital experiences to help businesses evolve. One such feature promoting this transformation will be a new Outlook design for wearable devices. Galaxy wearable users will be given a new Outlook design in future to check their inbox without even picking up their phones. 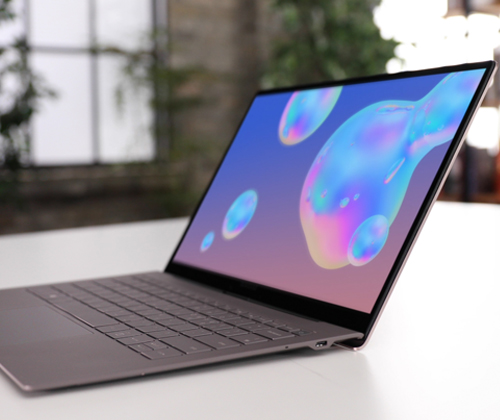 A new Galaxy S book is also introduced which is an always-connected Windows 10 device that brings the smartphone experience to PC and makes sure you power through your day without a hiccup. The performance perfection of this ultra-portable design is ensured by a 7th Generation Intel Core i5 processor, dual Core 3.1GHz for the 12-inch model and an Intel Core m3 processor, dual-core 2.6GHz for the 10.6-inch model. Featuring Gigabit LTE connectivity, the new Snapdragon 8cx mobile computer platform, keyboard and S pen, Galaxy Book S is the highest-end Windows 10 laptop powered by ARM designed for you to get things done anywhere in the world. It is also the first one to be announced featuring the Snapdragon 8cx.

This collaboration will enable Samsung to integrate Windows 10 laptops with its popular smartphone apps. This will conversely result in an inclination of Windows users to purchase mobile phones since they will now have the new Windows 10 features. The cross-platform connectivity is a win-win situation for consumers who use devices and apps from both companies. From the looks of it, this reunion between Samsung and Microsoft brings everything together and would mean even bigger things in the future.