Held from January 7 – 10, in Las Vegas, CES 2020 defined the influential trends and the next big things to dominate the tech industry. CES – consumer electronics show is held every year and sets the landscape for consumer technology. From plant-based pork and foldable computers to intuitive health tech and killer OLED TVs, CES 2020 had many innovative products screaming for your attention. Here are the biggest technology trends and products spotted at CES 2020 that will shape and impact our lives one way or another. 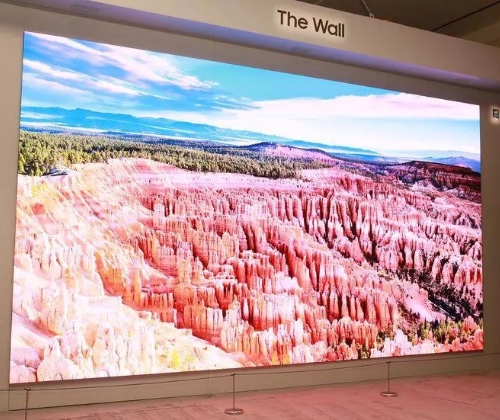 TVs and CES go hand in hand. There hasn’t been a CES event that didn’t have the biggest, boldest and brightest TVs brimming with the latest tech such as micro-LED, mini-LED, OLED, QLED, motorised screens and many more. At CES 2020, TVs were everywhere. The biggest headlines were made by Samsung, LG, and Vizio. Samsung’s The Wall, a humungous 292” TV displayed at CES 2020 is the biggest one the event has witnessed so far. The Wall features modular microLEDs for its audience to experience extraordinary colours, exceptional brightness and excellent contrast. Sony’s 85” 8K TV, Samsung’s QLED 8K TV with the slimmest bezels and 99% picture, LG’s 65” 4K rollable TV and ceiling-mounted TV that rolls down were the major attractions at CES 2020.

Another highlight was Samsung Sero that can spin into portrait mode and mirror your phone’s screen. Samsung has blessed us with basically a very large phone that some have labelled as expensive gimmicks. 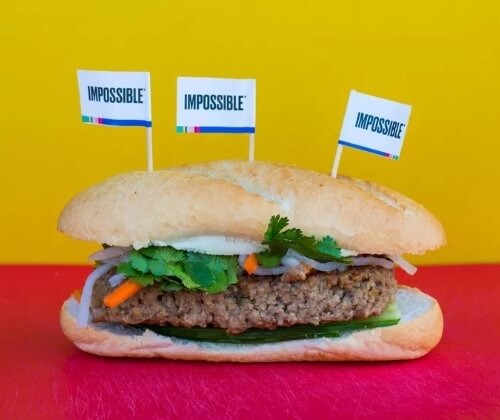 After announcing Impossible Burger 2.0 at last year’s event and making it a huge hit, Impossible Foods grabbed the spotlight yet again with the launch of its Impossible Pork at CES 2020. Impossible Foods is a US-based company that produces plant-based substitutes for meat products. Sounds impossible? That’s exactly what their mission is, doing the impossible and succeeding at it. How is it possible, you ask? The company uses soy, potatoes, coconut oil and sunflower oil as fat sources with an additional ingredient called heme that gives the meaty taste and smell to the food.

Ventures like this are sure to shake up the food and tech industry. Since both the environmental cost of raising animals and the consumption of pork among the population is high, man-made pork substitute will definitely have a massive impact.

Flexible screens are the future 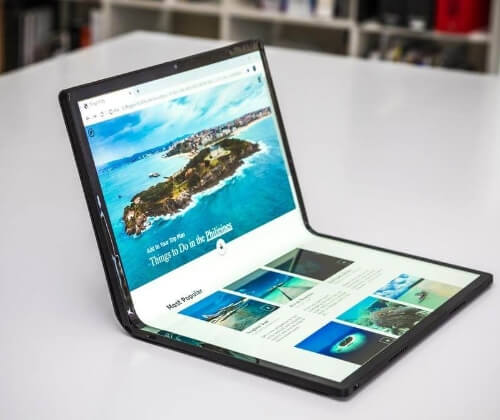 When it comes to foldable screens, the party is just getting started. Foldable phones were all the rage in 2019 but in 2020 foldable computers have swooped right in and stolen all the limelight. Intel made the biggest headline with its ‘Horseshoe Bend’ reference design that goes to show how the computers of the future will look like. It is a 17” tablet that folds into a 12.5” laptop with half touchscreen and the other half a virtual keyboard and touchpad. It can also be used as an all-in-one computer by attaching a kickstand, a keyboard and a mouse.

Other than Intel, Dell and Lenovo also showcased their foldable screens. Lenovo unveiled its Thinkpad X1 Fold that it had teased last year. It is a 13” OLED tablet that can fold and bend in multiple configurations. Dell’s two foldables, the Concept Ori and the Concept Duet also made an appearance making a strong case that flexible screens are probably better for tablets.

Smart devices for the health-conscious you 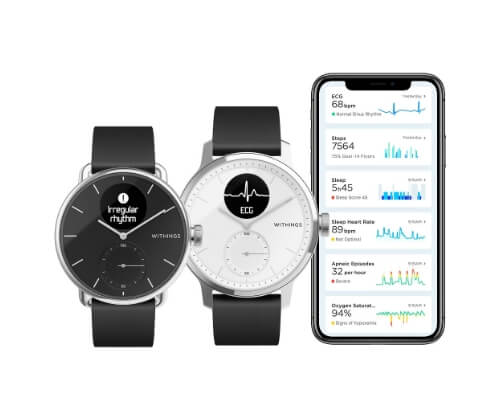 Health tech has always been a part of CES and 2020 is no different. The smartest way to get more people benefiting from it is to incorporate health tech into consumer products and devices that we use daily. A French company Withings understands that and revealed its new hybrid smartwatch called Withings Scanwatch at CES 2020 that does much more than looking good on your wrist. It is equipped with state-of-the-art medical technology and health sensors to monitor its wearer’s heart rate and sleep pattern.

Other prominent health tech devices spotted at CES 2020 were Mateo Smart Bathmat, a seemingly simple mat that measures your body weight and body composition, Glutrac, a smartwatch that tests your blood sugar levels without a finger prick and Valencell Earbuds that can detect blood pressure in less than 30 seconds. 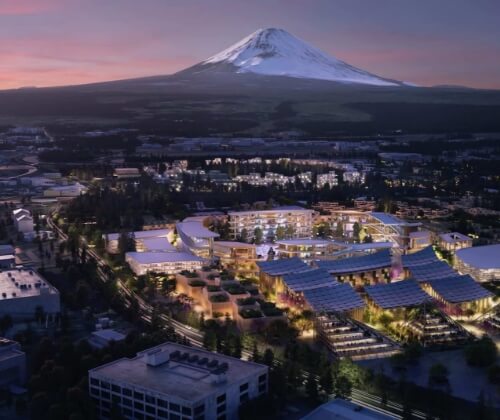 The biggest and probably the most ambitious reveal at CES 2020 was Toyota’s Woven City to be built near Fuji Mount in Japan. Toyota presented its prototype of a community called the Woven City that will have no human drivers. The land where this city will be built is currently occupied by a defunct manufacturing plant and soon will be used to set up an experimental laboratory.

The Woven City will have no human-driven vehicles and will be a materialisation of Toyota’s concept of a city that has more sustainable forms of transportation. 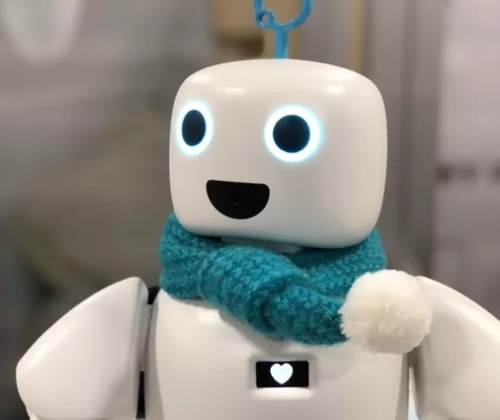 Among the latest gadgets and ground-breaking technologies, one thing that stood out was robots. CES 2020 was dominated by robots. From drawing robots ready to enter classrooms and cute little emotional support bots to cure your loneliness, CES 2020 saw robots everywhere. 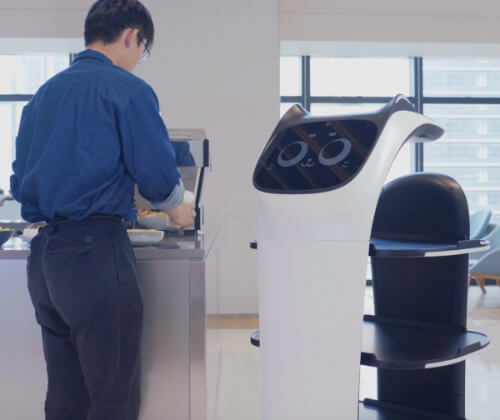 BellaBot by PuduTech is one of the robots that captured the most attention. It’s a food-delivery robot with the head of a cat and body that comprises of shelves to hold the plates and trays. It is engineered to meow at the customers as it arrives at the table to drop the order. The fun part is that it also purrs if you give it a pat on the head. Feline lover, get excited! 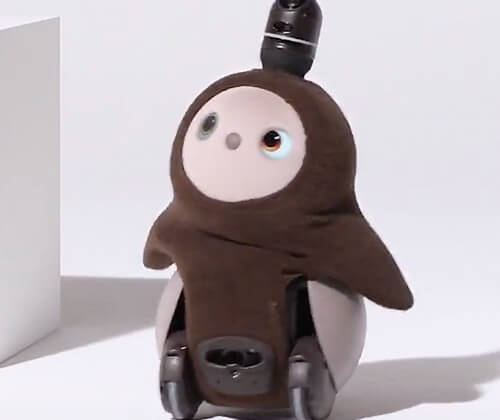 Lovot by Groove X was another cute robot that captured many hearts. Lovot is designed to be your pet and to imitate certain behaviours of a living being. It seems like a cross-over between a penguin and a sloth. It blinks, coos and flaps its flipper arms when happy. It is equipped with more than 10 CPU cores and more than 20 MCUs to give you the feeling of comfort and love.

Other notable robots include MarsCat by Elephant Robotics, a robot cat engineered to imitate a real cat’s behaviour, Ballie by Samsung, a personal assistant for home and Rollbot by Charmin, a bear on wheels that transport tissue rolls to its owner.

CES 2020 defined the tech that we will be seeing this year and gave us a glimpse in the future. Stay tuned for more tech news and trends.