As businesses work towards evolving their workspaces into a cleaner, more productive environment, the tech to empower the resources is also getting smaller yet more performance-efficient. The massive setups of traditional towers that end up taking the better part of the desk are getting replaced with compact desktops and mini PCs. These compact designs can fit easily on the desk or beside your monitor while keeping an unassuming profile. One such example is Lenovo IdeaCentre 620S Tiny Desktop PC that packs the power of a full desktop into a slim 3-liter shell. Let’s take a detailed look at what’s inside. 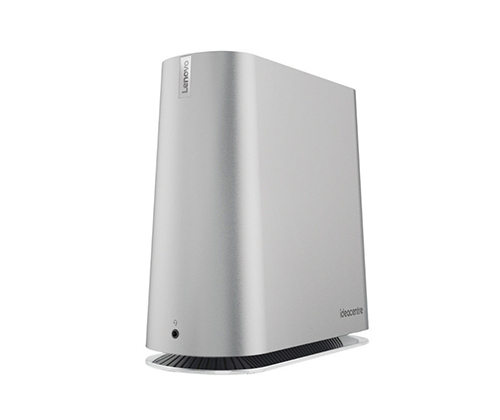 With its curved ends and matte silver casing, at a glance, Lenovo IdeaCentre 620S looks like a tiny robot out of a sci-fi movie that rolls around delivering important instructions. Weighing under only 9 pounds, Lenovo IdeaCentre 620S is 83% smaller than a traditional tower. It is mounted on a detachable stand base that facilitates the easy flow of cooling air. The power button is conveniently placed on top of the unit while various ports and connection options including HDMI-Out connector, Ethernet connector, memory card reader, four USB 3.0 ports and a second HDMI-Out connector are arranged at the rear of the IdeaCentre. 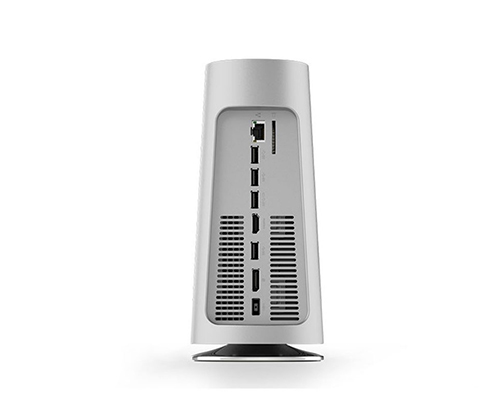 Despite its deceivingly small size, Lenovo IdeaCentre 620S delivers performance that would put a traditional tower to shame. This space-saving design is fitted with the 7th generation Intel Core i5 quad-core processor and 8GB RAM for you to experience full desktop performance without a hiccup. The processor is also paired with a 16GB Optane Memory that identifies the applications and files you use the most and stores them in Optane Memory chips for faster and smoother access. The winning combination of a powerful processor and Optane Memory ensures high speed and responsiveness without compromising on capacity. 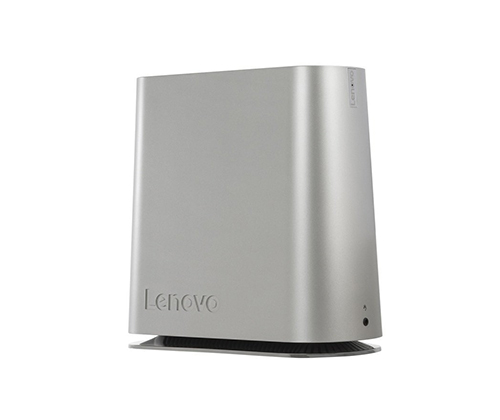 The IdeaCentre is equipped with NVIDIA GeForce GTX1050 Ti discrete graphics card allowing you to experience stunning visuals. Edit videos, create art and enjoy breathtaking graphics of the latest games with the speed, power, and efficiency of 768 NVIDIA CUDA® cores. It may have a small size but when it comes to the storage the possibilities are huge. It comes with a 1TB HDD and also allows you to select up to 256 GB PCIe SSD to optimise speed. 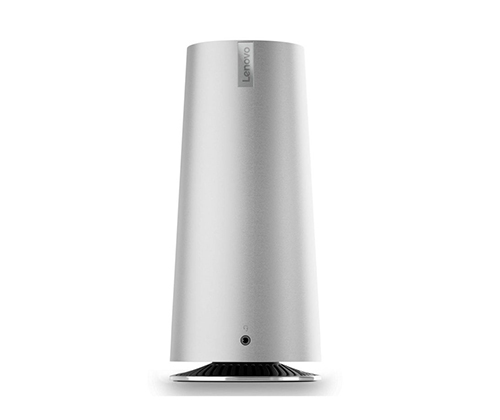 Lenovo IdeaCentre 620S comes with Windows 10 Home. Unlike many other systems where the desktops are littered with numerous icons, the IdeaCentre provides a clean desktop with only two icons Recycle Bin and 3D Video which requires the support of a monitor. This way the user can set up the desktop with their favourite and frequently used applications that suit their needs, without having to declutter first. In addition to the Windows 10 Home, Lenovo IdeaCentre 620S is also loaded with several applications including Adobe Reader 10, Dropbox JP, Lenovo App Explorer, Lenovo Companion, Lenovo Family Cloud, McAfee Antivirus and Microsoft Office 2016. 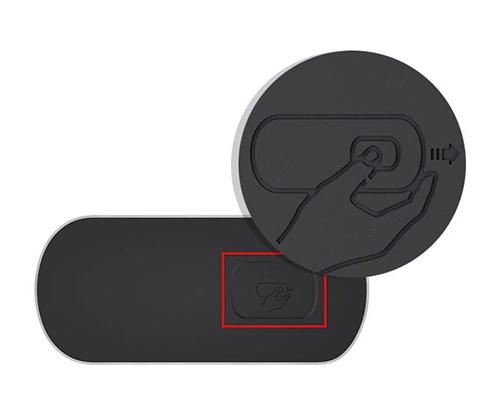 While the compact size of the IdeaCentre may seem too small for tuning and tweaking, the design is kept surprisingly flexible to facilitate upgradability. Turn the device over, slide the bottom cover off, open the inner shell using a screwdriver and take a look at the innards. You have access to the CPU, GPU, storage and memory for you to upgrade the way you want. Other features of the system include Dolby Premium audio engineered to deliver immersive sound experience and Windows Cortana to answer your questions, inform you of your schedule and much more.

Lenovo IdeaCentre 620S scores big in the areas of performance, storage and functionality. With a small design and big power, the IdeaCentre is ideal for home users. While some may complain about the absence of a DVD drive, if all the other perks being offered at an affordable price are factored in, Lenovo IdeaCentre 620S is an attractive option. If you’re looking for a desktop PC for your work-related computing needs, you can check out more options here.

Our Autumn Tech Sale Has Everything for Everyone