Lavish looks, premium designs and cutting-edge features, both Huawei Mate 20 and Huawei Mate 20 Pro pack impressive qualities true to flagships. While both mobile phones churn out unrivalled performance and boast impeccable photographic capabilities, there still are a lot of differences some of which are quite obvious just looking at the models. Let’s take a look at the detailed rundown of the key specifications and features to find out how different or similar they are. 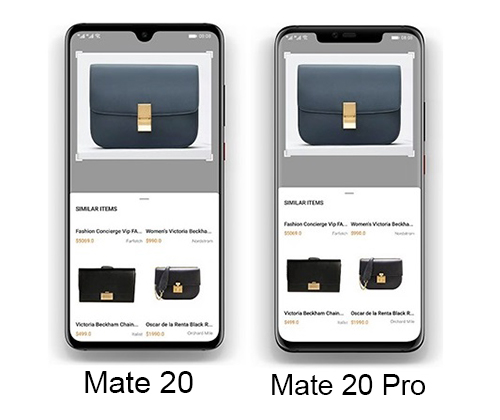 In terms of design, both phones have visible differences. Mate 20 boasts a flat screen with a narrow bezel and a dewdrop notch while Mate 20 Pro has a curved screen with a comparatively larger bezel at the bottom and a substantially wide notch on the top. Mate 20 Pro’s fingerprint scanner is built into the screen while Mate 20 has it on the back. The backs of the phones are more or less the same with square camera blocks sitting on the upper-mid section. The camera block houses three lenses and a flash. Both phones are available in Emerald Green, Midnight Blue, Twilight, Pink Gold and Black colours. 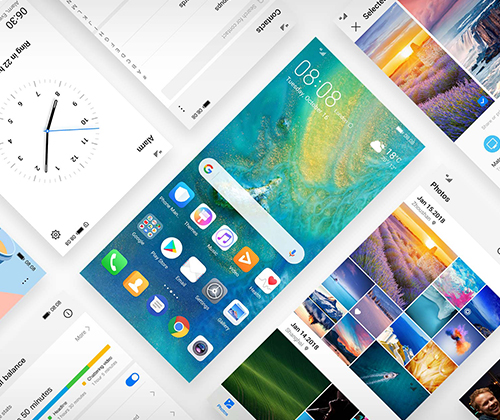 Huawei Mate 20 and Mate 20 Pro both have octa-core Hisilicon Kirin 980 processors, a Mali-G76 GPU and dual neural processing units (NPUs). RAM is where the potential difference lies between the two phones. While Mate 20 Pro comes with a powerful 6GB RAM, Mate 20 comes with a 4GB RAM, albeit, with a 6GB configuration option available as well. Storage in both phones is 128GB which is expandable to 256GB with a nano memory card. Both phones are perfect for streaming music, downloading movies, playing intensive mobile games and indulging in some high-quality photography. 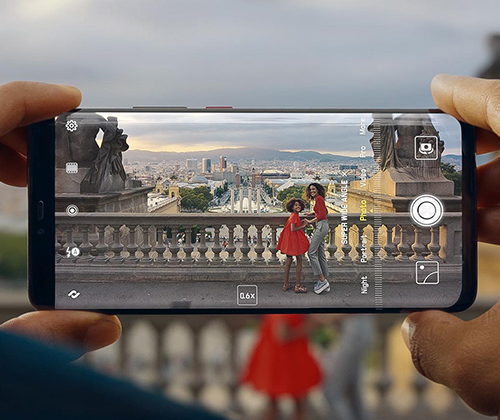 Facilitating stunning photography that takes your breath away, the camera is, admittedly, the strongest point of Huawei phones. Ever since it partnered with the lens manufacturer Leica, it has significantly upped its game making it the number one choice of users who want Instagram-worthy photos on the go. Although Mate 20 and Mate 20 Pro both have a triple-camera system, the specs aren’t the same. Mate 20 has a 12MP main RGB lens for everyday photos, an 8MP lens with 2x optical zoom for distant shots and a 16MP ultra-wide angle lens for capturing scenic landscapes. On the other hand, Mate 20 Pro has a massive 40MP main RGB lens, a 20MP ultra-wide angle lens for macro shots and an 8MP telephoto lens with 3x optical zoom for distant shots. The higher megapixels and greater zoom of Mate 20 Pro’s camera don’t necessarily make it better at photography than Mate 20 since they both produce sharp, stunning and vibrant photos.

On the front, however, both phones support a 24MP camera for remarkable selfies.

The Huawei Mate 20 and Mate 20 Pro both seem to be impressive and power-efficient flagship phones with the best of features. Although from resolution and battery to camera and fingerprint scanner, the differences make a case in favour of Mate 20 Pro, deciding between the two phones might still come down to the user’s personal choice. If you are someone who prefers the bezel-free design, you may go for Mate 20 and Mate 20 Pro if you like the ease of fingerprint scanner built into the screen. Whatever you choose, you are in for phenomenal smartphone experience.

You can also check out more options in Huawei Phones here.

How to Reset Your MacBook Pro