FEATURED
Blue screen error on Laptop? Here’s how to...
Are HP Monitors best for office use?
Top 3 Lenovo Business laptops in 2022
Why hp laptops are expensive
Best Amd gaming laptops for 2022
Oppo Smartphones – Faster and Smoother
Best Mice for Chromebooks
Best Chromebooks for Drawing and Artist
Best ASUS Gaming Laptops
HP vs Lenovo vs Dynabook: which Brand is...
Home MobilePhonesSmartwatch The redesign of Smartwatches, and what not to expect in 2016
Smartwatch

The redesign of Smartwatches, and what not to expect in 2016

The 3 leading Android Wear manufacturers, LG, Lenovo and Huawei, will not be releasing any new smartwatches this year. They are Google’s biggest smartwatch partners, and Android Wear 2.0 is expected to be released this autumn; however the companies have confirmed to CNET that they will not be releasing any new hardware this year unfortunately. LG is the only manufacturer out of the 3 which has released a new smartwatch previously in the year. There are rumours of a Nexus smartwatch being released; nevertheless it would be a disheartening factor for Google that they will be the only manufacturers of major Android Wear hardware in 2016.

IFA 2016 is usually the platform of choice for companies to announce their newest smartphones; however there was no follow-up of the Moto 360 or the Huawei watch. The manufacturers may have been reluctant to release new Android Wear hardware due to a number of reasons. The research firm CCS Insight has suggested that the reluctance to release smartwatches may be due to the general lack of interest from consumers who find them overpriced and favour cheaper fitness bands, as well as Apple’s inability to inflate the smartwatch industry in terms of consumer popularity as they have done with their other devices. Another factor could be the inability to include an LTE radio without compromising the battery life and bulkiness of a smartwatch –which will not aid its popularity amongst consumers.

Despite these factors, it is inevitable that Google has work to do in terms of enhancing the interest of its Android Wear partners, and encouraging them to produce new hardware. The factors suggested by CCS Insight may have played a part in the manufacturers’ reluctance to produce smartwatches; however they did not stop Samsung or Apple from doing so.

Smartwatches were huge at IFA 2016, and they all featured spectacular designs, hugely different from the smartwatches launched over the past few years –which looked more like complex square-shaped gadgets than actual watches. The circular-faced watch was a huge trend at IFA 2016; although the square face is more developer-friendly, the circular face is much more aesthetically pleasing –and that’s an incredibly important factor when consumers wear it on their wrists. It’s clear from IFA that developers have chosen to incorporate a smartwatch with a classic watch design, which we think is a brilliant direction for the future of smartwatches.

The Samsung Gear S3 and Apple Watch Series 2 were both released a week within each other. The smartwatch releases echo the manufacturers’ attempts to target new feasible revenue streams; however it’s currently unclear whether they will have the success of the iPhone and Galaxy smartphones –in terms of targeting casual consumers. 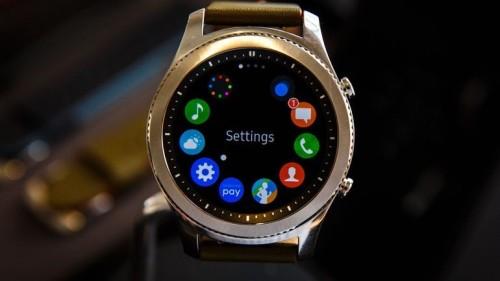 The Samsung Gear S3 is a great example of a classically designed smartwatch, and IFA 2016 was the platform for the release of this highly anticipated gadget. The 4th Generation Gear S3 smartwatch by Samsung is considerably larger than the previous release, as well as having a 4G enabled mode and a GPS signal. It is available in either classic or frontier design. The Gear S3 Frontier is slightly weightier than the Classic, weighing 62g; however they both have 46 x 49 x 12.9mm dimensions. The smartwatch is also waterproof –which is a signature enhancement on many Samsung devices; it can stay in water up to 5 feet deep for 30 minutes. 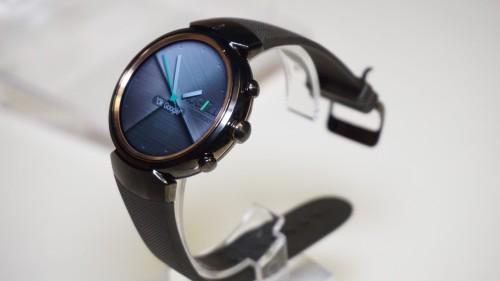 Another attractive classically designed smartwatch is the ASUS ZenWatch 3 which is certainly a winner in the visual department, and it’s available in three stunning colours: silver, gunmetal and rose gold. Consumers are spoilt for choice with this gadget as it has over 50 customisable watch faces. The ASUS ZenWatch 3 is one of the first wearables to use the new Qualcomm Snapdragon 2100 chipset, so it features impressive HyperCharge technology which allows the battery to charge super quick and last 2 days. The round design is different from the lozenge-style face of the previous ASUS release, and it has a fully circular 1.39-inch OLED display with stunning 400 x 400 screen resolution. Users will enjoy bright and detailed visuals with this impressive device. The premium and much-preferred round style of this smartwatch puts ASUS on the level of popular releases such as the Huawei watch and the Moto 360.

Although the circular style watches were favoured by Samsung and ASUS, Apple stuck to the square face design for the Apple Watch 2 –which may deem unpopular in comparison to the IFA releases. Apple typically waits until after IFA to make their announcements, however the smartwatch release seems a little behind in comparison to the redesign presented by the other manufacturers at IFA. The Apple Watch Series 2 was released alongside the iPhone 7 and the CEO Tim Cook stated that “Apple Watch has changed what people expect from a watch” asserting that the device is now second to Rolex in terms of best-selling watches. 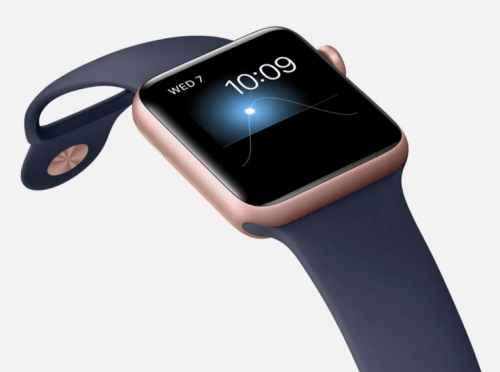 The Apple Watch 2 is more durable in comparison to the previous device, and it is also more powerful with a 50% faster dual-core processor. It does have many great features such as the new 1000 nits display, built-in GPS and a new material version. Although, Apple has stuck to the square design, the company has dominated smartwatch sales since the release of the first Apple Watch, so they seem to know what they’re doing –Apple’s past success determines that they can rarely do wrong in terms of new tech, as they company has always been at the height of popularity.

The ‘utilitarian-gadget’ feel of past smartwatches make it unsurprising that male early adopters were the majority of consumers for the gadgets –a fact which Samsung has stated to CNET.  Samsung stressed at IFA that their strategy is design first and tech second, and as smartwatches are a visible accessory as well as a tech gadget, we believe this is the way forward –so such gadgets remain popular with all types of consumers. The redesign of smartwatches to also be attractive accessories is an attempt by developers to target the average consumer market, which they have not been successful in so far.

Keep a look out on our blog for in-depth reviews and comparisons of these smartwatches, as well as the latest tech news.

Where to Get Student Discount on Laptops in UK