Blackberry smartphones used to be the ‘it’ device from the days of BBM, but had become a thing of the past since the release of iPhone and Samsung smartphones. Great news! They’re making a comeback by ditching the keyboard with their new all-screen smartphone, the Motion. Blackberry announced the Motion on Sunday 8th October at GITEX Technology Week in Dubai, and pre-orders are officially live in the UAE! It’s the second release in the modern Blackberry range, following their KEYone smartphone which was released in early 2017.

The Motion is an all-screen smartphone, featuring a 5.5-inch display and a Snapdragon 625 SoC platform. The all-screen design is hugely similar to the latest iPhone and Samsung aesthetics (surprise, surprise!). It’s clear that Blackberry are going for a new look because the Motion is missing their trademark keyboard below the screen. The rest of the features are similar to the KEYone and it’s even launching with the same version of Android 7.1 as Blackberry’s previous release.

The smartphone does seem to lack a standout feature that sets it apart from its powerful competitors, so die-hard Blackberry fans are likely to be the ones most interested in this launch. That being said, it does have a number of impressive features (the massive 4000 mAH 3.0 compatible battery and IP67 rating for dust and water resistance) that means it won’t be hiding in the background! The hardware for this device was developed by TCL, and Blackberry is starting to focus more on software as they steered away from hardware development in the past few years. 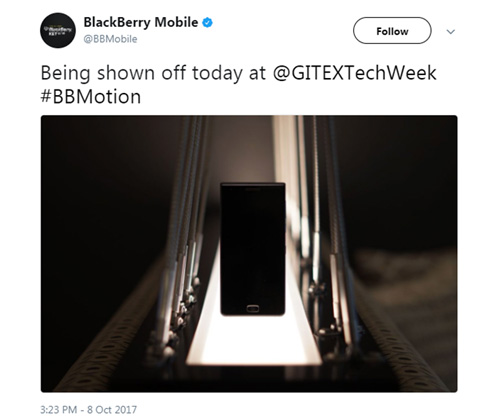 Eager to get your hands on Blackberry’s latest launch? Unfortunately, it may not be available where you are yet, but it’s available to pre-order soon! The UAE is the first country where pre-orders will go live and Android Central stated, “Middle Eastern markets like the UAE and Saudi Arabia will sell the phone shortly for the equivalent of $460 USD”.

Look out for a full review of the Blackberry Motion and more of the latest tech news at www.laptopoutletblog.co.uk

Oppo A72 Review,Features & Many More