FEATURED
Top 3 Gaming Laptops for Civilization 6 in...
Blue screen error on Laptop? Here’s how to...
Are HP Monitors best for office use?
Top 3 Lenovo Business laptops in 2022
Why hp laptops are expensive
Best Amd gaming laptops for 2022
Oppo Smartphones – Faster and Smoother
Best Mice for Chromebooks
Best Chromebooks for Drawing and Artist
Best ASUS Gaming Laptops
Home Google ‘New Treats’ To Be Unveiled By Google By The End Of This Month
Google

There’s a lot going on, and Google plans to bring quite a few good things this month for its fans. After pulling the invites’ trigger, Google plans to hold a press conference by the end of this month. Among many other things, the company is looking forward to unveil it’s upcoming Nexus device; a very popular brand amongst Google fans.

The company is holding an early morning conversation, and has invited the press to come as they unveil their ‘new treats’ to the world. The conference is scheduled for 29th of this month. 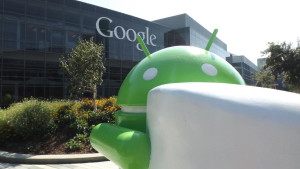 Although in many cases Google has proven to be quite unpredictable, but regarding the news of it’s latest hardware launch, that seems to be quite palpable. The world will just have to wait to find out what the company has in store for its fan across the globe. The news was earlier reported by CNET about Google’s most popular brand Nexus new device launch. Rumors also have it that the company has tapped both Huawei and LG and requested them to build smartphones of different shapes and sizes under the Nexus brand name. In addition to all this, Goolge has announced the name of the company’s next Android version – Marsmallow. It is all a matter of days that all these speculations will either turn out to be true or fake.

Google’s brand Nexus has been quite a hit amongst its fan owing to a number of reasons. The fact that Google phones run with the purest Android platform and are completely optimized for the company’s software for mobiles is enough for fans to love the brand. Add to it, the devices by Nexus are fairly inexpensive, as compared to other smartphones. But Google does not manufacture the devices itself.

Earlier, LG has been creating smartphones for Google. The Nexus 4 and Nexus 5 was manufactured by LG but Huawei still hasn’t worked with the company which is a surprise because this company seems to growing as a global force in the smartphone industry and race. Having said that, speculations are being made that LG will continue to create phones for Google, but of regular sizes and Huawei is expected to manufacture the larger handsets.

If this news is true, then this is a very interesting development made on the part of Google. This development will fit perfect in today’s growing trend in the market. But we’ll have to wait and find out by the end of this month for this news to be true or just another rumor. Although Google seems to be following the same pattern as of Apple and Samsung – both have launched smaller and large sizes of their latest league of smartphones to meet different tastes – but it will be a good development. This strategy is being embraced by mainly all cellular companies then why not Google.

But for all this to be true, you will have to a wait a little more to find out.