The company has announced that its engineers took manual control of Google’s autonomous vehicles 341 times, having nearly been in 13 crashes between September 2014 and November 2015. Of the 341 incidents, 272 were caused by technology and system failure. The technical problems were established within itself, ranging from sensors malfunctioning to software issues.  According to Google, this isn’t very troubling as they are focusing more on how the car makes quick decisions while on the road and making improvements to the software and hardware before going to market. The cars can currently recognize hand signals from traffics officers and think at speeds better than humans.

The state of California requires a special license and for Google to provide all information regarding how the cars will autonomously work in the real world for this innovation to be a success. Alongside this, manufacturers were requested to record and report every “disengagement” (incidents whereby human drivers had to take control of the wheel for safety reasons). Of which during the 14-month period Google cars did over 424,000 autonomous miles along with 341 disengagements. Google is making improvements slowly but surely with Chris Urmson, the project’s technical lead emphasizing Google needs to make the cars much safer than human drivers (over 90% of crashes kill over 30,000 people in the US each year).

So far the performance of the cars doesn’t quite demonstrate vehicle owners have the freedom to be “hands-free” from the wheel and peacefully have a cup of coffee while reading the daily newspaper on the way to work. A California-based campaign group insisted that self-driving cars still need a human behind the wheel. But for what it’s worth, Google said it is only ‘significant’ times when humans were forced to take over the wheel because of “a recklessly behaving road user” and 8 times they had to “disengage for incorrect behavior prediction of other traffic participants”. 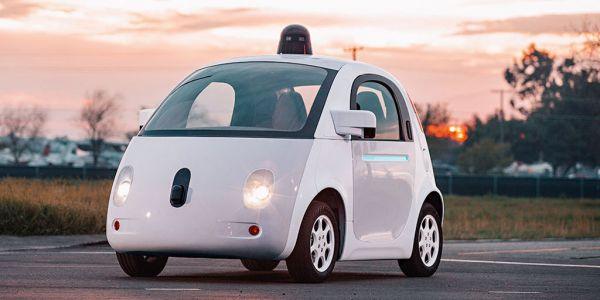 A lot of work still needs to go into perfecting the automobile technology such as testing in weather tougher conditions and urban areas.  Google has predicted the cars will be launched by 2020. While Google’s parent company Alpabet has reported to jump on the bandwagon of self-driving car technology into its own business end of this year.