FEATURED
Blue screen error on Laptop? Here’s how to...
Are HP Monitors best for office use?
Top 3 Lenovo Business laptops in 2022
Why hp laptops are expensive
Best Amd gaming laptops for 2022
Oppo Smartphones – Faster and Smoother
Best Mice for Chromebooks
Best Chromebooks for Drawing and Artist
Best ASUS Gaming Laptops
HP vs Lenovo vs Dynabook: which Brand is...
Home Gaming The New Nintendo Switch: Everything You Need To Know
Gaming

Whilst major tech brands race against one another to make the most innovative advancements, most seem to neglect that the general zeitgeist of the time; everything old is making a comeback! From record players to typewriters and general fashion, Nintendo have jumped on the bandwagon and released the Nintendo Switch. Constantly at the forefront of gaming, they introduced the first in home gaming console (NES) in 1985 and the first handheld, portable gaming console (GameBoy) way back in 1989.  We can’t not mention their huge success with the legendary and unrivalled Super Mario video game franchise, all of which gives the new console high expectations to meet. 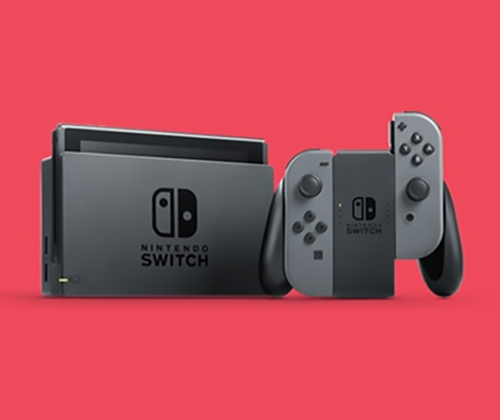 So Nintendo aimed to combine their two most standout creations, the Gameboy and the NES; both of which were huge successes and made gaming history (and arguably kickstarted it). So a device that you can play by hand on the go and play in your house, hooked up to a proper TV and everything. At first it sounded a little over-ambitious but we think Nintendo kind of nailed it! 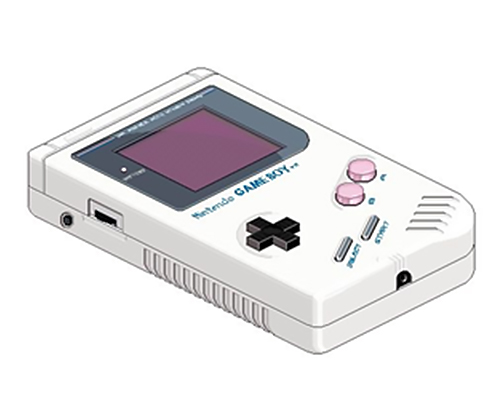 The Nintendo GameBoy, released in 1989. The first portable gaming console. 👾 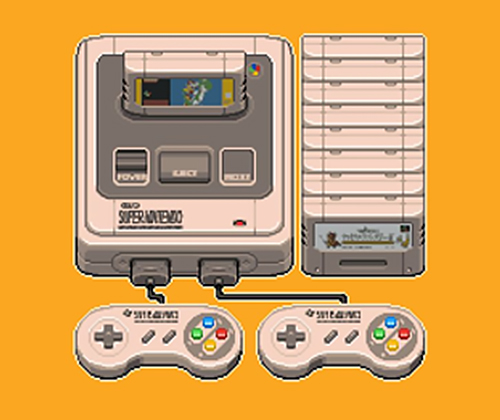 The Nintendo Entertainment System, released in 1985. The first home-gaming console.

The portable element of the console is the screen which resembles the standard mini tablet seen across numerous brands. The 6.2” tablet provides ideal viewing on the go as the screen is a decent size for viewing, yet small enough to be hand held. The body is glass and metal and gives the console a sleek appearance that many tablets on the market possess. The 720p resolution perfectly correlates to the screen’s size so colours are bold and images sharp. There’s a twist and pop of colour with the detachable controllers. The two Joy-Con controllers slot in on either side of the tablet and are available in a range of colours. The console provides three modes of play; TV, tabletop and handheld. So how does this portable Nintendo console hook up to the TV if it has it’s own screen? Well, we’re getting to that bit now. So the console comes with a docking system and the necessary wires needed. You simply slot the tablet into the dock and start playing on your TV. Simple! There was a slight issue with the dock scratching the tablet, but a chap screen protector quickly eliminates that one flaw. 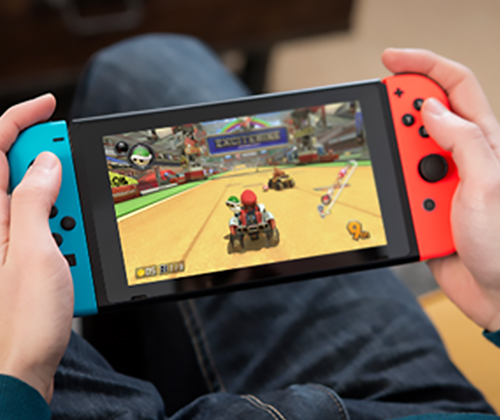 Little elements of Nintendo’s new console earn it an immaculate reputation. The overall layout is slick, yet the detachable controllers add a pop of colour and stick to the beloved retro design that Nintendo are ever so loved for. When docking the tablet, the dock makes a sound but the actual dock makes a mechanical sound, further ensuring that you definitely know when your Nintendo Switch is connected to the TV and ready as a home gaming console. Docking is smooth and easy, there is no struggle; it smoothly slots in. 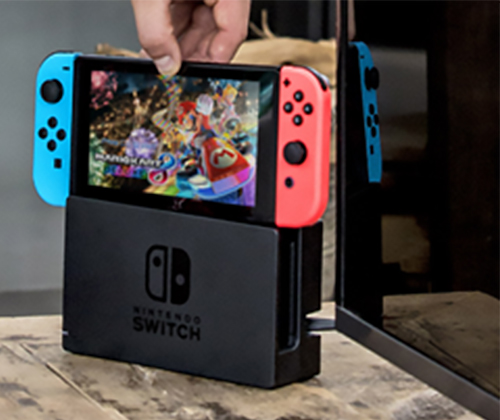 The Joy-Con controllers attach to either side of the tablet when playing on the go. Now when playing in tabletop mode, Nintendo have kindly thrown in an amazingly designed grip with the purchase. Don’t get us wrong the Joy-Cons are great but if you’re in the mood for some serious gaming (maybe a few hours) the grip is an ideal choice. It gives you a more comfortable grip and has a traditional and old school gaming feel to it; you’re kind of already familiar with how to hold it and navigate due to it’s design purposefully resembling the standard controller used with Xbox and Play Station. 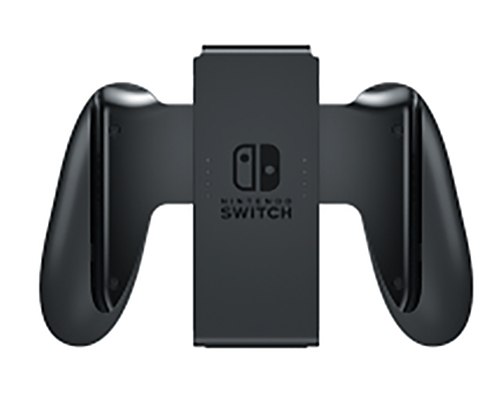 The Joy-Cons are also great as they allow you to multiplay on the go, grab one each and play away; that flight to New York will fly by with all the fun you can have on this console. They’ve got wrist straps too, so in the midst of an intense game your controller won’t drop or be thrown across the room. Plus they’re super light, so play away without straining your wrists or hurting your arms. The Joy-Cons have received nothing but praise, but unfortunately we’ve found a flaw; they’re simply too good. It sounds strange, but let us explain. The controllers are designed so well that sensitivity to movement and accuracy are impeccable and unfortunately, not many games utilise them to their fullest potential; so a lot of Nintendo’s great craftmanship went to waste. If you’d like to see the full capability of the controller, so far the only game we’ve come across that does show how effective the controller is,  is 1-2-Switch. The Joy-Con has a battery life of 20 hours each, and take 3.5 hours to charge fully if completely dead. 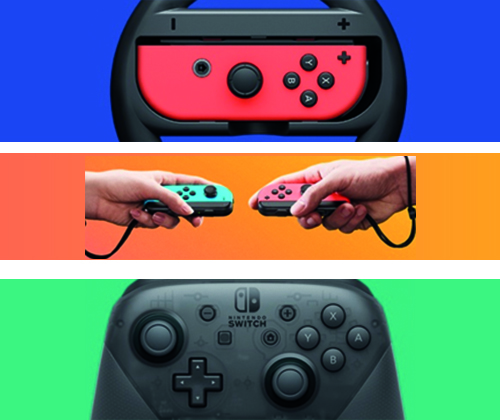 Next up, the Pro controller! Hard core gamers will proabably already have this, if not it’s worth the investment despite being a little pricey. Nnintendo ensured the console was compatible with this controller to ensure that there’s some form of a controller suited to any and every game and gamer. This has a lengthier battery life of 40 hours. It has a heavier and more comfortable feel, as it’s tailored  to the hand to be easy to hold. Whilst we’re on the topic of battery life, the tablet has a battery life of 3-6 hours, depening on the brightness, sound and game.

So the Switch has a USB-C port, so you can charge on the go. The only issue is, is there a portable charger powerful enough? So far, we haven’t found anything, most portable chargers are catered to mobile phones. However, the Anker PowerCore+ 20100 is the only one reported to have worked; so maybe give that a go if needed.

So far there isn’t a great deal of games available, this is understandable given the console was only released in March. However, Nintendo ensured that the old school classics were the first to be available considering the Switch has a very retro feel to it. However,  games are relatively expensive, costing more than PlayStation or Xbox games. Games can cost between £40- £60. 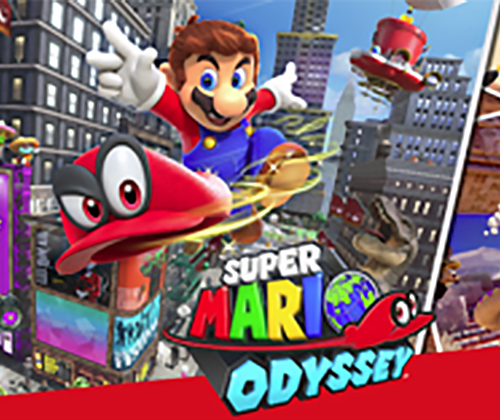 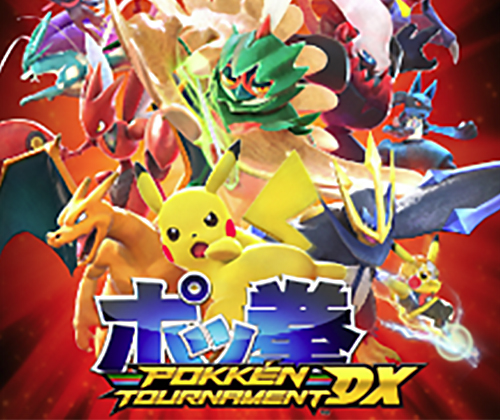 So there you have it! Everything you need to know about the new Nintendo Switch. If you were undecided on whether to buy or not, we hope we’ve helped you come to a decision. For more useful tech news, reviews and guides, check out our blog.

Insomnia58 Gaming Festival – what to expect