would want to play. Gaming enthusiasts come prepared with the best video gaming laptops to make sure they get an enriched experience while playing these games.

2020 has brought quite a lot of stuff for us, the good, the bad, and the ugly. But it did bring a lot of amazing games that helped us through the pandemic. So here are the best video games of 2020 so far:

The game series has been one of the favourites for many gamers. This edition has truly overtaken the hearts of the gamers, which is why it hasn’t been topped, yet. With all-new exciting graphics and extraordinary gameplay, Doom Eternal has elevated in terms of outstanding gaming experience than its predecessors. The 30-year old franchise is still coming forth with the same running and gunning through hell and demons just like it did back in 1993. Doom Eternal is available on PS4, Xbox One and Gaming PCs.

Taking VR to a new a whole new level, the Half-Life franchise has come with another exciting edition named as Half-Life: Alyx. As with all other editions, this amazing game comes with a first-person shooter perspective that allows to carry out survival tactics. There are monsters that you have to defend yourself from by picking up weapons, carrying, aiming and reloading it seamlessly to survive the immensely suspense-filled gameplay.

Talking about extending the franchises? Why not come with a remake of the older version, improving on things that were left behind? Fans of Final Fantasy were quite amazed when the remake of Final Fantasy VII arrived. Featuring Japanese style role play, this remake comes with enhanced graphics, a thrilling storyline and compelling combat system. The results had to be fantastic; after all Square Enix is the one behind this amazing creation.

The Last Of Us Part II

Controversial, amazing and comes with outstanding graphics. The Last of Us Part II is amazing not only for its superb gameplay but for its classic storyline and amazing graphical integration. The cycles of violence come due to multi-generational conflicts that arise during the trapped communities that are fighting for survival. It’s engaging, fun to play and is one of the big-budget video games that come with extraordinary gameplay. It’s available for PS4.

This was something that literally blew away most gamers. Whether you’re shooting aliens while playing on your gaming laptop or playing it on your Xbox or PS, this game has rocked the audiences with its spectacular gameplay. You surely can’t blame the Master Chief for getting excited about all new Sci-fi weapon arsenal. With the Halo Infinite, you get an amazing multiplayer experience in a sci-fi world killing aliens as you proceed.

Keanu Reeves: this was enough to make people go “Woah” when Cyberpunk 2077 was announced. This open-world role-playing game has been created by the creators of The Witcher series and has promised alluring gameplay. The Dystopian fantasy is the era that is under focus, added with fantastic graphics. The game begins as you being a mercenary hunt for life-extending augmentations while dealing with hacker gangs and devastating guns attacking at you. What happens next is entirely up to you.

Who doesn’t love Minecraft? Well, the multimillion-selling construction game just got a little more than traditional construction. The Minecraft Dungeons comes with amazing gameplay that works in a campaign mode. The mode allows you to smash, crate tunnels, and find treasures through puzzles while fighting with monsters. The game itself was already amazing and now it comes with even more of an exciting version that makes it worth noting in the list.

If you’re a fan of flying but don’t want to go out and fly an actual plane, then this game is perfect for you. With over 2 million towns and cities, the Flight Simulator brings real-life aircraft simulation experience. Now your wannabe pilot fantasy would be satisfied since this game promises real-life weather and mapping as well as allows you to experience the real-life aircraft conditions. This was the primary reason why the game got a great hit on the release and is now being widely played on big gaming monitors.

Innovation in battle royale formula with a touch of some funkiness. This amazing game came and just rocked the world with its one of a kind gameplay. Combined with the like of Fortnite and PUBG, 100 players are thrown in a match. However, each has to run through colourful obstacles while knocking others down to win the race. Racing through obstacles while avoiding barriers, this game promises fun that is the demand of millennials.

If you’re a fan of Assassin’s Creed but want a better storyline, combat and well unique gameplay, then the Ghost of Tsushima is surely not to be missed. Coming with a similar style of story flow, it allows you to take out enemies from the shadows, sneaking upon them or bombing. What’s more interesting is the engaging dimension of the storyline, elegant graphics and immersive gameplay that makes it so compelling.

Well, there you have it! These are some of the amazing games in 2020 that you should give a try. Whether you’re playing on a gaming laptop or PS or a gaming PC, consider giving these a run and you’ll find yourself in an amazing experience without a doubt!

7 Reasons Why You Should Buy Oppo Reno Series Smartphones

MSI Gaming PCs That Are Worth Their Price:... 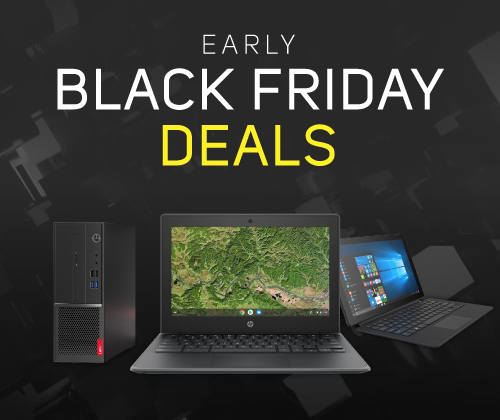