FEATURED
Why Chromebooks may be the future for schools?
Best Mobile Phone Apps for the Blind or...
Futuristic Features Coming Soon To Smartphones
How mobile phones technology is changing the society?
#BlueMonday: Beating those Monday blues with Laptop Outlet
How to post on Instagram from laptop: Windows...
Best phones under £400: High End Android Phones
Review: Lenovo Yoga Slim 7 14″ FHD Laptop...
OPPO Waterproof Phones
How to take a screenshot on a laptop...
Home Gaming Some Great Console Games You Wish To Have On PC
Gaming

Some Great Console Games You Wish To Have On PC

Game developer are busy in developing new games with better graphics and more features in order to give you a better gaming experience. Gamers often get confused while buying a new gaming device because some of the latest games can only be played on PCs while there are some games which you can enjoy only on game consoles. If you are one of those who chose PC for their gaming, I am dead sure you definitely miss these super amazing games on your PC. 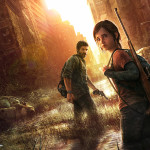 The action-adventure survival horror video game developed by Naughty Dog is an epic game which is unfortunately only compatible with PS3 AND PS4. Focusing on characters and narratives this thrilling game is once in a generation game. The game revolves around two main characters an orphan Ellie and a father Joel who travel from a quarantined Boston, across Pittsburg to The Rockies. There is a variety of landscape plus they have more details. All those zombie game lovers who are using PC will surely be missing this game. 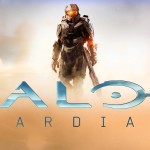 Halo 5: Guardians is developed by 343 Industries and published by Microsoft Studios that is why it can only be played on Xbox. With improved graphics, option of multiplayers and a better program of challenges this game will be a treat for Halo lovers. In this new episode you will play as an agent who will be searching for rouged Master Chief. The latest improvements like more accurate firing and zooming in of lenses add more fun in the game. Halo 5: Guardian is not released yet but it is expected in winter 2015.

Heavy rain is a mystery game including four character who are trying to find the missing boy Shaun. Mainly you are given the character of boy’s father and your decisions and choices influence the fate of rest of the four people. The interesting factor in the game is another sadistic character Origami Killer who like to set trials for the loved ones of the missing kid. The game is published by Sony Computer Entertainment so you can play it only on PS3.

The long awaited Forza Motorsport 6 has been announced but unfortunately only Xbox One owners can add this game in their gaming library. This new Ford GT boasts twin turbos, 600 horsepower and a nippy 0-60mph time of 3.2 seconds. Feroza 6 is a driving game which will take your experience beyond imagination. Set in twin cities this game with exceptionally good graphics make you feel as if the car is part of a real world.

We all have played this fun game at parties and loved it at some point. We know you wish you had this game on PC so you can customize it with your music library and capture your own dance moves. If this game would have been available on PC an online hub would be developed where people could share their songs and dance steps. Just imagine how much more fun it would be but unluckily all this fun is not possible on gaming console.