FEATURED
How to post on Instagram from laptop: Windows...
Best phones under £400: High End Android Phones
Review: Lenovo Yoga Slim 7 14″ FHD Laptop...
OPPO Waterproof Phones
How to take a screenshot on a laptop...
How to Turn Your Smartphone into a TV...
Best cheap wireless earbuds under £100
How to Connect CCTV Camera to Laptop Without...
New MacBook Air 2022: M2 chip, ports and...
Budget android phones under £100 Uk
Home Gaming Is Windows 10 Taking Your Gaming Experience To The Next Level?
Gaming

Is Windows 10 Taking Your Gaming Experience To The Next Level?

Gaming has always been a passion for many people. We have seen drastic success in the gaming industry earning high profits. With the increasing dedication of the gamers and the growing gaming industry statistics, many game support gadgets have been introduced. We have spotted tremendous gaming laptops, operating systems being designed to have a greater compatibility with gaming. Having so much going on, how can Windows 10 miss out on the oppotunity to attract this customer base? Windows 10 is here to with so much to offer to the gamers. Most of the gaming fans rely on Windows for extreme gaming but Microsoft hasn’t been able to introduce a friendly gaming interface. Honestly we have faced gaming problems but now Windows 10 promises to serve the gamers with a powerful gaming experience. So the real question is, what does Windows 10 Mean for Gamers?

Microsoft is now more dedicated at providing a more refreshing gaming experience for their fans having goals associated to company’s Xbox ambitions. After facing troubles with windows 8 regarding gaming, Microsoft offered us with many powerful consoles but lacked in competing with the big guns like PlayStation 4. 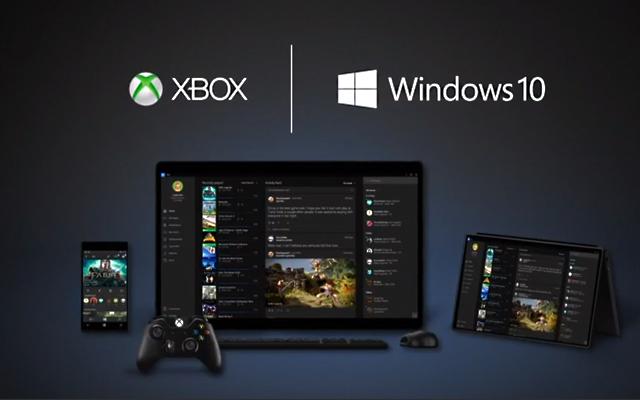 “It was a tough time for the team, a tough time for what we were trying to do with Xbox,” says Microsoft’s Xbox Chief Phil Spencer in an interview with The Verge. “Because a lot of the original ideas around Xbox One didn’t meet the expectations that Xbox fans have of what we should do with our product.” But after taking over from Don Mattrick, Spencer’s gamer-focused approach has started to pay off after hard decisions like unbundling Kinect; Microsoft’s E3 keynote last month was universally well received.

The great news is that every Windows 10 installations comes with the Xbox app. This is predicted to act a major turning point for a more powerful PC gaming experience. You will observe that the interface is much similar to what we have seen in basic Xbox. Moreover, you can also connect yourself to Xbox directly and control it from your PC. But unfortunately sometimes Xbox app crashes too. However, here we see another problem that this Xbox app will only work for those who own Xbox.

Windows 10 also offers many benefits for console gamers. Windows apps will finally come to the Xbox this fall, and a unified store will follow. So this means gamers now have loads of options to experience extreme gaming.

Overall, Windows 10 is found to be one of the best designed versions of the series catering a huge class. So if you want to take your gaming experience to a new level, then opting for Windows 10 is surely a smart choice.

Best Gaming Headphones to buy on this Intel...