FEATURED
Why Chromebooks may be the future for schools?
Best Mobile Phone Apps for the Blind or...
Futuristic Features Coming Soon To Smartphones
How mobile phones technology is changing the society?
#BlueMonday: Beating those Monday blues with Laptop Outlet
How to post on Instagram from laptop: Windows...
Best phones under £400: High End Android Phones
Review: Lenovo Yoga Slim 7 14″ FHD Laptop...
OPPO Waterproof Phones
How to take a screenshot on a laptop...
Home BrandsSamsung Highlights from the Samsung Galaxy S8 Launch
Samsung

The Samsung Galaxy S8 launch yesterday was a considerably large event, with the eyes of the world on the much awaited S8, and Samsung most definitely didn’t disappoint as this phone is in a league of its own! If you missed the launch or didn’t get a chance to see it all, don’t worry because we have you covered with all of the highlights from the Samsung Galaxy S8 launch. 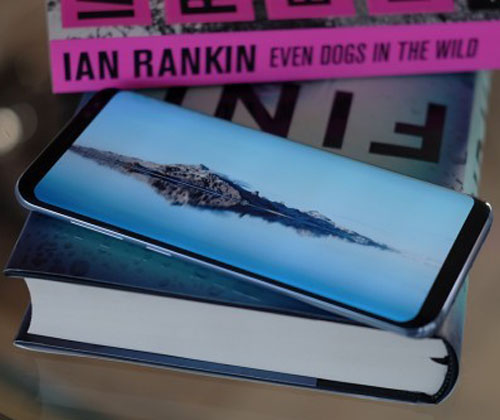 The Launch events were held in New York and London with the slogan ‘unbox your phone’ and that’s exactly what happened. Firstly, the display of the S8 and S8 plus is a curved screen that wraps around with no, or very little bezel. This curved glass design, which is being called an ‘infinity display’ by Samsung, is truly stunning and definitely aesthetically pleasing making it stand out.

The aspect ratio of the screen is 16:8:9 making it wider than normal phones, with Samsung following in the footsteps of LG’s G6, which also has a similar aspect ratio. This is most likely because of the more immersive experience provided with the wider aspect ratio; as well as the fact that it makes it better suited to multi-tasking, by allowing sufficient space to comfortably use two apps beside each other. The Samsung S8 and the S8 plus will be 5.8 inches long and 6.2 inches long respectively, making the screens larger than those of the S7 and the S7 Plus. 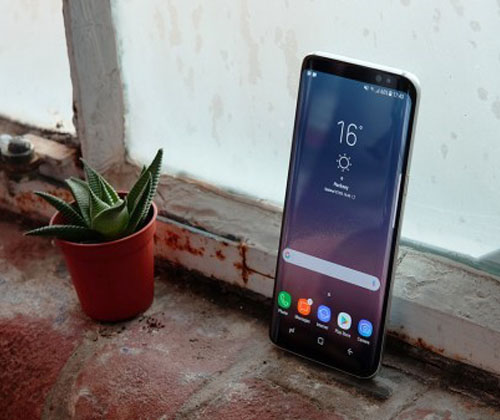 The AMOLED Quad HD+ display and the 2960 x 1440 is what makes the display a showstopper, with the S8 being the first HDR premium phone rated by the UHD alliance! The brighter and enhanced screen display will make everything a joy to view on the S8 and S8 plus.

One of the main highlights from the Samsung Galaxy S8 launch was the introduction to Bixby, Samsung’s answer to Apple’s Siri, this is something that has been a long time coming and so, even if its new to Samsung it’s not necessarily a new type of technology, nevertheless, many Samsung fans will be pleased with the inclusion of a voice activated assistant as it is better late than never. 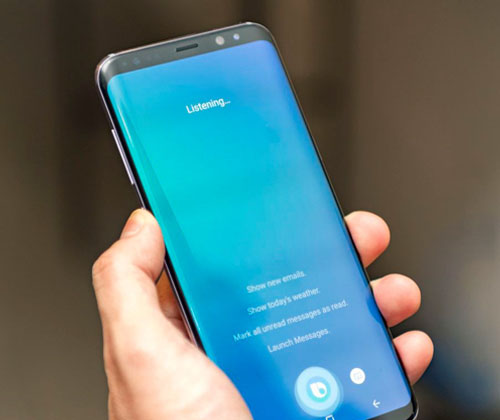 Bixby also has a dedicated button on the S8 and S8 plus, meaning you can access it at any time, something which is completely new for smartphone voice assistants. What is supposed to set Bixby apart from the others is the fact that it has a ‘contextual understanding’ system, meaning Bixby is able to learn with you and understand your questions and commands and act accordingly, something which was highlighted by Samsung heavily during the launch.

It will also provide tailored reminders, for example reminding you of certain things as soon as you get home and walk through the door, making it easily integrated into your life and a convenient assistant to have on your phone. Samsung Connect was another focus of the launch with Samsung unveiling how your Galaxy S8 and Samsung Connect can work together to link all of your home appliances together, like your fridge and washing machine to improve the simplicity of carrying out everyday tasks in our lives. Samsung truly gave us a glimpse of what the future of technology will look like during the launch.

A major move away from tradition, Samsung has removed the physical home button from the S8; it has instead been replaced by a touch sensitive button on the screen. The front facing camera will be 8MP which is an improvement from its predecessor, the S7; however there is disappointingly no change on the rear camera which is still 12MP. 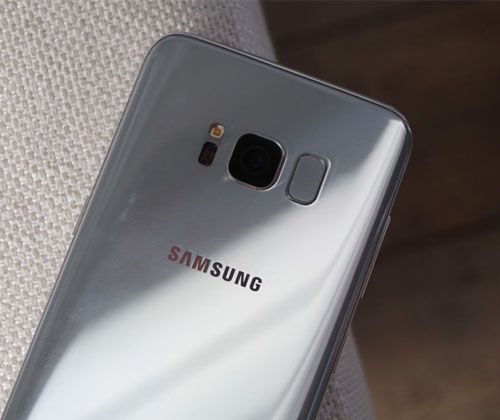 That being said, the S7’s camera was widely popular and considered the best of all smartphone cameras, so the saying ‘if it isn’t broke, don’t fix it’ comes to mind. An added feature on the camera however, is that it takes three pictures and chooses the best one which will make taking pictures an easier task for those of us who like to take a tonne of selfies but struggle to choose the best one!

So far, two colours have been announced for the UK, Midnight Black and Orchid Grey, however more colours are expected to come along further down the line. It is expected to arrive on the 19th April and you can get it earlier (from 20th April) if you pre order from Samsung and selected retailers. Although not announced at the launch, the S8 will cost £689, and the S8 Plus will be available for £779, as stated on the Samsung website.

The lack of significant improvements in the battery as well as the camera may make this price seem slightly high, especially as it is pointedly more expensive in comparison to the Samsung S7. AKG headphones will be included in the box as expected and there was even a VR launch alongside the phone reveal, also as expected. They even unveiled a Gear 360 camera as well as Samsung DeX, a desktop dock for the Samsung S8.

Samsung DeX was an exciting announcement as it lets you use your phone with your desktop PC to connect the two and edit documents for example, making it perfect for business users (read our top business laptops blog post here).

The Samsung S8’s appeal seems undeniable and puts it way ahead of any other smartphones on the market, the absence of the home button and the launch of Bixby as well as Samsung Connect bode well for the future of the smartphone manufacturer.

We hope you enjoyed reading our highlights from the Samsung Galaxy S8 launch. Have you set your sights on the S8 or S8 plus for when it goes on sale next month? We know we have! Comment below and let us know.