FEATURED
Top 3 Gaming Laptops for Civilization 6 in...
Blue screen error on Laptop? Here’s how to...
Are HP Monitors best for office use?
Top 3 Lenovo Business laptops in 2022
Why hp laptops are expensive
Best Amd gaming laptops for 2022
Oppo Smartphones – Faster and Smoother
Best Mice for Chromebooks
Best Chromebooks for Drawing and Artist
Best ASUS Gaming Laptops
Home BrandsMicrosoft Will Windows 10 be made an automatic update next year?
MicrosoftWindows 10 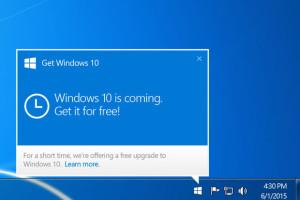