Yes, that’s right! Microsoft is working on a pocket-folding Surface tablet which will be ‘new and disruptive’. This device will be foldable and offer users dual touchscreens and the ability to make voice calls and send texts, similar to Samsung’s Galaxy X.

There has been a great buzz about this project by Microsoft, and its name is “Andromeda.”. It is rumoured the device will be similar to a pocket journal and can be opened and closed like an actual notebook, and fit into a pocket. This new and innovative device will actually go to blur the lines between the personal computer and mobile device. According to Microsoft, this new pocketable surface device contains everything that makes it the most innovative technology of the coming years. The factors like; new efficient hardware, the software will get the most pleasuring experience of versatility and easiness of computing in hands.

The design of this new innovative computing device will be complemented by the Surface Pen-Like stylus, which is rumoured to match the 3D style of the concept images. 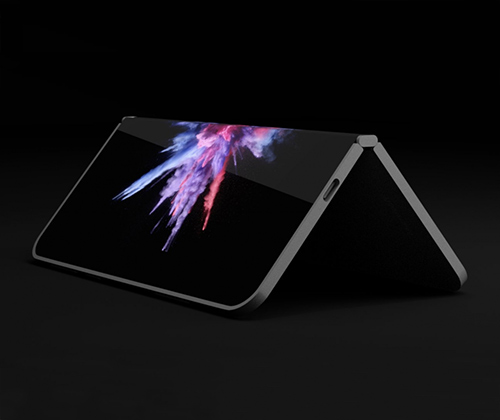 As you can see in the image, the device has a book-like hinge which constitutes dual screens that are filling out into a full tablet. Well, if we talk about the recent report by Microsoft, then the company is experimenting with the ARM chips, but still, the device could stand out on Qualcomm and Intel Platforms. In simple words, in the coming days, we can expect a mixed kind of reality handset in the market.

Well, nothing is fully confirmed yet about the unreleased pocket-folding device, but the rumours has shown that Microsoft actually wants to create a device with two different displays. The company is not manufacturing a flexible screen, but an innovative hinge design for multiple tasking. 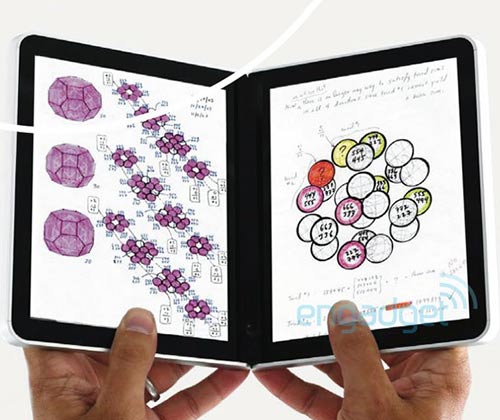 Furthermore, Microsoft is working on the Windows Core OS; it is a new modular version that will help in operating Andromeda. A full version of Windows 10 which will be optimised for all form factors.

So, till now the designers have already imagined the Andromeda with amazing foldable display, features, and factors. But everything is rumored until the release of the new mobile device. In other words, we can say Microsoft wants to invent some new product category whose primary idea will come down to a “Hinged Dual Screen Device”.

This upcoming device will be Microsoft’s long awaited “re-entry” into the smartphone market, although positioning itself within enterprises, schools and prosumers/creators market where volumes are low.

Finally, what you’ve been waiting for, the price and release date! According to sources, it has been predicted that Andromeda will be positioned as a premium device, with the pricing to correlate to this which could cost around $1000, if not more.

Microsoft originally planned to announce the release of the device October this year, but sources tell us that now Microsoft has delayed the launch till 2019 due to being unable to complete the Windows Core OS in time for launch this year. Fortunately, this will allow them to make improvements and fine-tune the device.

What are your thoughts on a foldable phone? We’re excited to see what will unfold of this new game changer in the smartphone market!

Keep up to date on the latest Microsoft news here!

The new range of TetraTabs / Casebooks