FEATURED
What is the cheapest and best Dell laptop?
How to use split screen on laptop
The 5 Best 27 Inch Gaming Monitors
Best Dell laptops for office work
Why are Dell Latitude laptops so expensive?
Top 3 Gaming Laptops for Civilization 6 in...
Blue screen error on Laptop? Here’s how to...
Are HP Monitors best for office use?
Top 3 Lenovo Business laptops in 2022
Why hp laptops are expensive
Home BrandsApple The iPhone X: The 10th Anniversary Of The iPhone
AppleApple iPhone

The iPhone X: The 10th Anniversary Of The iPhone

Apple was very secretive about the 10th anniversary of the iPhone, while rumours spread like wild fire; suspense only heightened as the launch day finally came. To clear up any confusion, it was a surprise to the masses that Apple actually released three phones; the iPhone 8, iPhone 8 Plus and the iPhone X. The iPhone X has stolen the limelight to say the least. So what exactly is it? Well, there were whispers that the iPhone X was the same as the iPhone 8, but was just given a little more attention and a different name to highlight the milestone age of the iPhone turning 10; this evidently isn’t the case. This little stunner of a phone has tongues wagging and jaws dropping, so read on to see what all the excitement is about! 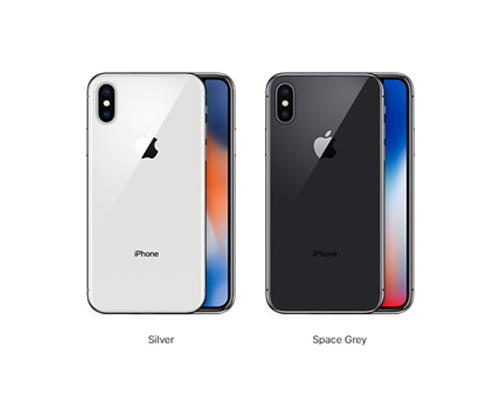 The assumption that the home button would be removed had been bouncing around and it was put into motion with the iPhone X, but not the 8 or 8 Plus. Whilst this feature is being heavily praised for improving the aesthetics of the phone, it has indeed been seen before (LG G6) and the Samsung Galaxy range seem to be heading in that direction as pioneers of the curved edges and somewhat infinity screens. Although, we can’t deny this is a rather stunning phone. The removal of the home button enhances the slick and chic look that Apple is ever so loved and famous for. Available in silver and space grey, they’re very easy on the eye to say the least, but we couldn’t help but feel that there’s something missing- the iPhone X in black.

Abandoning the infamous home button means ditching the finger print scanner that unlocked previous iPhone models. So Apple is kicking up the fancy tech features a notch and have now introduced face scanner ID. The security feature utilises the front camera (obviously), mapping out facial features and recognising them in order to unlock the phone. However, at Apple’s latest convention in LA when demonstrating the face ID scanner for the first time ever, live and on camera, it unfortunately didn’t work on the first attempt. Perhaps it was nerves, perhaps it was the phone, we’re not sure. Apple don’t really make mistakes, so chances are it was a one off or a little bad luck- but we’ll know for sure when the phone is available to the public. A rather cool feature (quite well presented on their website if you’re interested) is how the facial recognition technology adapts and learns of changing facial features over time, like growing a beard, wearing hats/scarves that may potentially cover your face or recognising different expressions.

The camera is the same as its predecessor- the iPhone 7. It has a 12MP wide-angle dual camera, plus some extra features. Portrait mode for selfies is a great feature if you’re brave enough to snap your face in high def. The artistically blurred background gives the impression of DSLR quality without the hassle of carrying a clunky camera around. Portrait lighting lets you manipulate photos with ease, no apps, or transfers to your computer to use Photoshop. 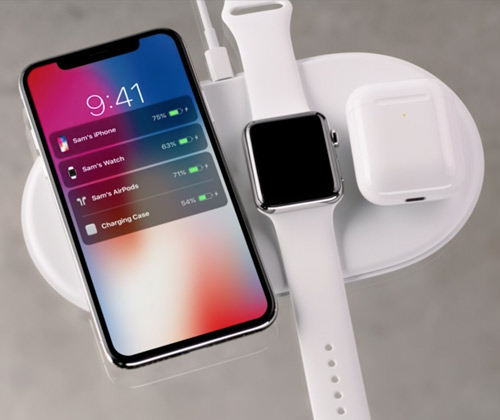 So this feature is pretty cool, there’s no fiddling with wires, you simply place it on the dock. Also the infamous Apple charging cable that always breaks will hopefully be left behind. You can charge your phone, watch and earphones; all at the same time too! We have only one little query, so the charging cable is gone, why keep the Apple port, why not bring the normal earphone jack back? It’s just a little unnecessary now seeing as the port has no purpose other than earphones, that you either buy from Apple, or have to buy an adapter for if you use your own. 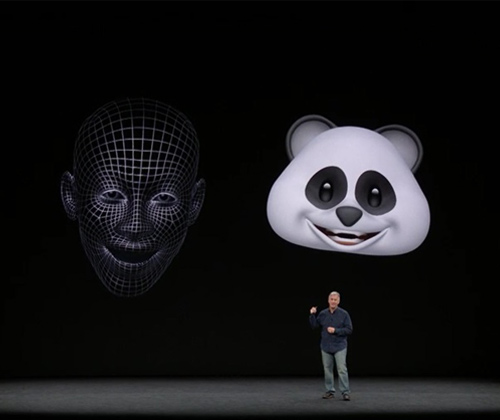 The ASUS ZenFone AR was the first phone with built in augmented reality and virtual reality, and it seems Apple have jumped on the bandwagon too. Apple introduced Animoji this year, which is a dynamic cartoon emoji that moves and speaks based on your actual face motions.

Animoji utilises augmented reality to enable you to transfer your facial expressions to your choice of emoji- pretty cool right? TrueDepth camera can decipher and analyse over 50 muscular movements to make an emoji of your choice mimic your expression (choice of 12 emojis)

Now, this is where most people’s draw drop in shock and start to think the iPhone 8 is probably a better purchase. The 64GB model is priced at just £1 short of a grand- £999. The 256GB model is £1149. Smartphones just as good and capable are half the price, but this phone is definitely not for everyone. The premium feel features and of course, price makes this phone more of an accessory and luxury item.

So there you have it, the key features of the 10th anniversary iPhone X! We hope we’ve given you further insight to some of the phone’s cool features and helped you come to a decision if you were in the midst of contemplating; to buy or not to buy? For more latest tech news and releases, helpful top picks and reviews- visit our blog.

The iPhone X not for you? Check out our range of mobile phones here.

iPhone 7: What to expect